He knew the prototype was inoperable. 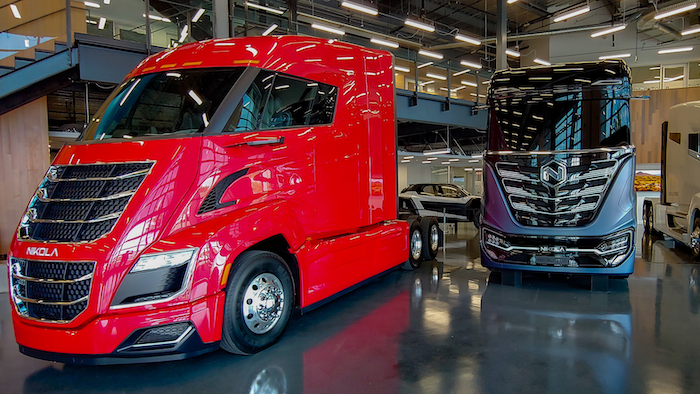 NEW YORK (AP) — The founder and one-time executive chair of Nikola Corp. surrendered Thursday in New York on criminal charges alleging that he made false and misleading statements about the electric and hydrogen-powered truck startup, duping some novice investors looking to earn money to replace income lost during the pandemic.

Trevor Milton resigned from Nikola in September amid allegations of fraud. At the time, Milton said he would defend himself against accusations that the company made false claims about its vehicles, allegations Nikola rejects.

In an indictment unsealed Thursday in Manhattan federal court, prosecutors charged Milton with two counts of securities fraud and one count of wire fraud.

He was accused in the indictment of making false and misleading statements from November 2019 through last September through social media and television, print and podcast interviews about the company’s product and technology development.

The indictment said the claims were aimed at retail investors who did not have professional experience in the securities markets. A message seeking comment was left with his lawyer.

Milton was scheduled to make an initial court appearance in the afternoon.

Shares of Nikola Corp. tumbled 7% before the opening bell Thursday.

The indictment said retail investors harmed by the misleading statements included people with no prior experience in the stock market who began trading during the coronavirus pandemic to replace or supplement income they had lost or to occupy their time during the lockdown that resulted from the health crisis.

The indictment cited numerous public statements Milton made as false and misleading, including his claims that the company had early success at creating a “fully functioning” semi truck prototype known as the “Nikola One.” Milton knew the prototype was inoperable, it said.

Milton also misled investors when he said Nikola had engineered and built an electricity- and hydrogen-powered pickup truck known as “the Badger” from the “ground up” using Nikola's parts and technology when he knew that wasn't true, the indictment said.

The indictment alleged he misled investors as well when he said Nikola was producing hydrogen at a reduced cost “when Milton knew that in fact no hydrogen was being produced at all by Nikola, at any cost.” 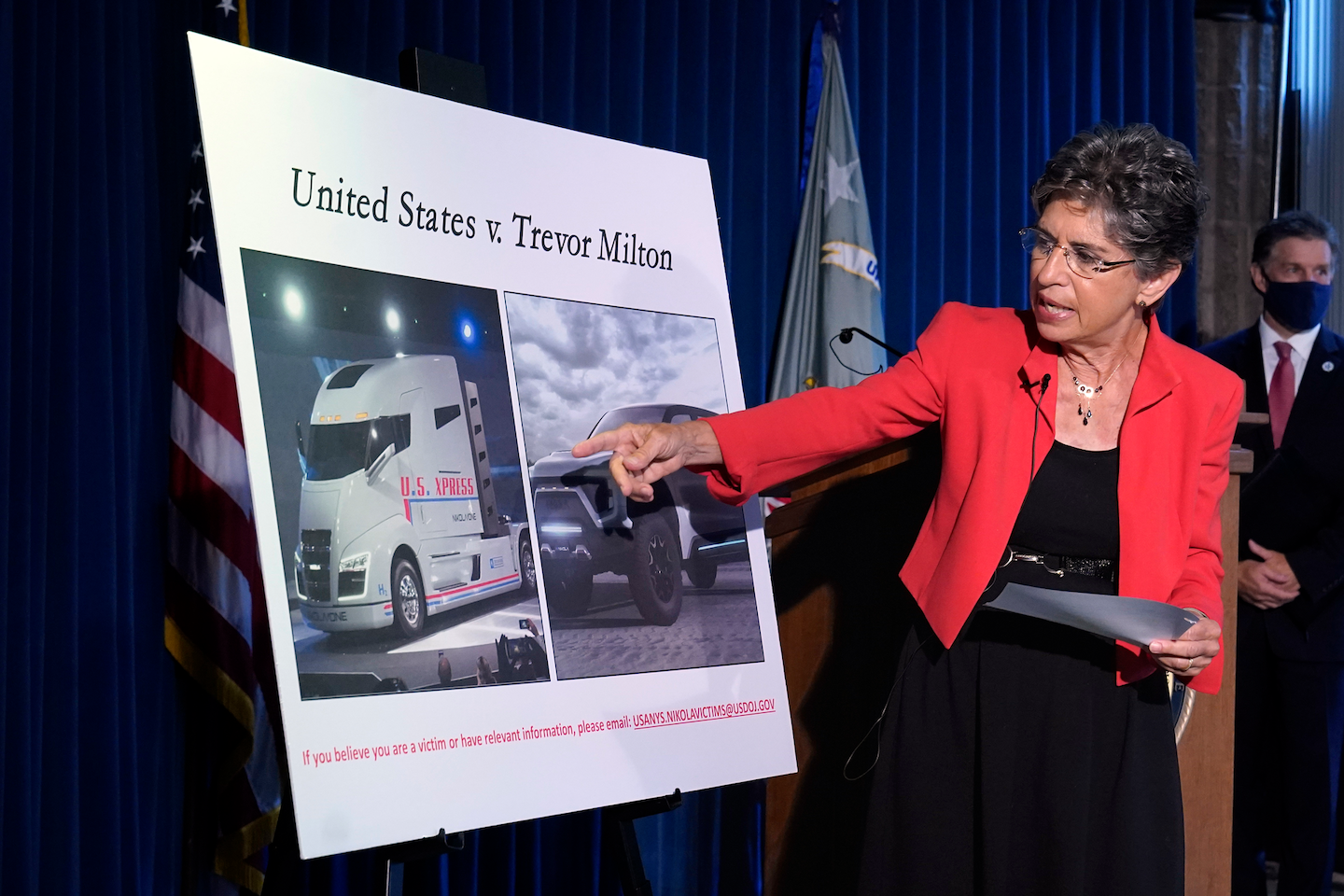 Audrey Strauss, the United States Attorney for the Southern District of New York, speaks during a news conference, in New York, Thursday, July 29, 2021. She announced that Trevor Milton, founder and one-time executive chair of Nikola Corp., surrendered Thursday in New York to face charges alleging he lied about the electric and hydrogen-powered truck startup, duping some financially struggling novice investors looking for income during the pandemic.AP Photo/Richard Drew

It said he also told investors that the company had developed batteries and other important components itself when Milton knew Nikola was acquiring those parts from third parties.

In addition, Milton allegedly claimed that reservations made for future delivery of Nikola semi trucks were binding orders representing billions of dollars in revenue, when most of those orders could be canceled at any time and were for a truck Nikola had no immediate plans to produce. 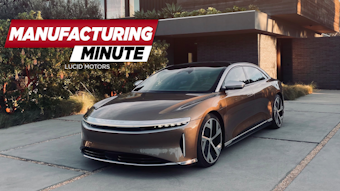 Also on the podcast, driving outlawed by 2050, UPS to hire 100,000 in 30 minutes or less, part shortage keeps prices sky high and Amazon appeals to marijuana users to fill jobs.
Sep 13th, 2021
Follow Us
Most Recent