New Purgex 741 is a high-yield purging compound that reduces scrap rates and decreases on-stream time during color changes when molding polypropylene, resulting in an increase of purging efficiency by 75 percent, according to the company. 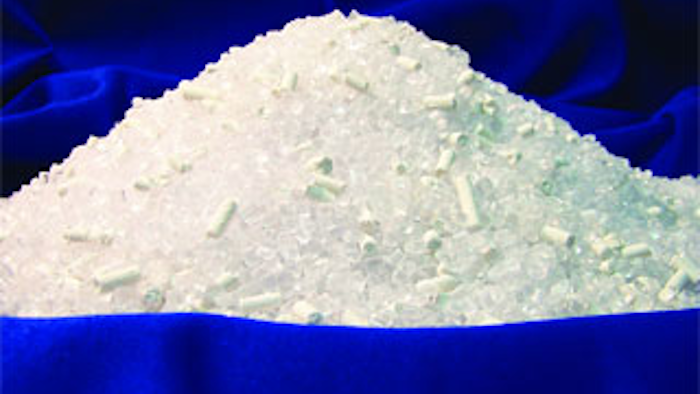 [[{"type":"media","view_mode":"media_original","fid":"157792","attributes":{"alt":"High-Yield Purging","class":"media-image","height":"232","style":"float: right; margin-left: 5px; margin-right: 5px; border: 1px solid black;","title":"High-Yield Purging","typeof":"foaf:Image","width":"320"}}]]Neutrex, Inc. (Houston, TX) has announced the introduction of the first grade in its new Purgex 700 Series. New Purgex 741 is a high-yield purging compound that reduces scrap rates and decreases on-stream time during color changes when molding polypropylene, resulting in an increase of purging efficiency by 75 percent, according to the company. Highly effective when changing from light to dark colors, Purgex 741 purges at temperatures ranging from 375 to 475 degrees F while removing residual contamination in injection molding machines and providing efficient cleaning of hot runner systems. According to the company, Purgex 741 is a ready-to-use blend consisting of a polyolefin resin carrier and active ingredients.

Maintenance as a Post-Crisis Advantage

737 Engines Could Shut Down Mid-Flight

Tips on limiting one of the biggest sources of waste in a manufacturing plant.
Jun 4th, 2020

The committee said the tanks from which the gas leaked were outdated and lacked temperature sensors.
Jun 1st, 2020

Even before the pandemic hit, the facility was in need of 'substantial' equipment upgrades.
May 20th, 2020

The machine uses a non-contact vibration sensor that's so accurate, it not only tells you which gear has the problem, but which tooth has the problem.
May 19th, 2020

The link between production and maintenance has been a tenuous one at times, but here are ways to ease the mind of the most clock-mindful production planner.
May 7th, 2020

Moving Through the Maintenance Maturity Model

Pearson Farms was cited for numerous safety violations after an employee died while performing maintenance at a post-harvesting facility.
Feb 11th, 2020

The agreement determines how long the waste from the reactor can remain on-site in Idaho.
Feb 5th, 2020

Advances in technology are making the transition from reactive to predictive maintenance strategies easier to attain.
Jan 23rd, 2020

A commitment to changing paradigms and embracing Industry 4.0 technologies is key.
Jan 22nd, 2020
Follow Us
Most Recent