With arm lengths of 300 and 400 millimeters respectively, these new THL robots fall into the class of small SCARA robots, while they boast the maximum payload capacity (5 kilograms) in their class. 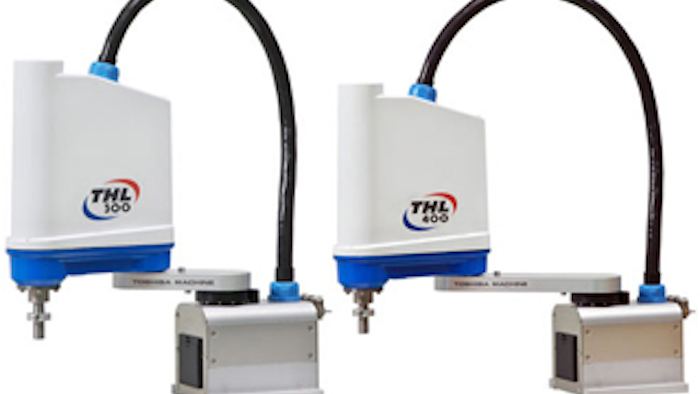 The 4 Steps for Preventive Maintenance for Your Warehouse

Successful CFOs don't have super powers, just powerful new tools, like self-driving software and blockchain. This white paper discusses the new tools and provides four CFOs who are using them to their fullest potential.
Apr 26th, 2021

Despite the pandemic, Würth Industry North America has made several recent acquisitions and greatly boosted its additive manufacturing capabilities. Here, we speak with WINA's CEO on how the company has managed all the moving pieces.
Apr 21st, 2021

Expected to open in late 2022, a new factory in Grenada, MS will support increased capacity for the company’s power tool business.
Apr 20th, 2021

Key considerations and pitfalls to avoid in saving time and money during implementation.
Apr 9th, 2021

A closer look at the focal points of electrical systems.
Apr 7th, 2021

The crumbling, 110-year-old tunnel carries passengers to and from Manhattan.
Mar 26th, 2021

Dealer‑FX is a developer, marketer and provider of service operations software solutions for automotive OEM customers and their dealers.
Mar 8th, 2021

The Science Behind Frozen Wind Turbines

How to keep them spinning through the winter.
Mar 5th, 2021

After icy weather cracked the region’s water mains, froze equipment and left millions without service, it’s clear just how much work needs to be done.
Feb 25th, 2021
Follow Us
Most Recent