Why Asking Why Is Crucial To Maintenance

When a machine has stopped working on the production line, the first question is always “why?” And while the first answer might fix the issue temporarily, not all problems have a single root cause.

Everyone has those go-to stories their parents tell of their childhood. One of mine is how I would incessantly follow my parents around — or any adult willing to indulge me really — with a very important question: Why?

My questions — as with most kids — stemmed from the world around me. So the conversation could have started regular enough with a simple query such as “why is grass green?” and each answer subsequently followed by another “But, why?” until the adult couldn’t stand it any longer and bellowed “because that’s the way it is, that’s why!” In response to that, I would typically move on to the next person in which to quiz.

Maybe that urge to ask questions as a pesky child is what led me down the path to becoming a journalist and managing editor of IMPO in the first place. Questions are how we learn and discover solutions both in life and in the maintenance world.

When a machine has stopped working on the production line, the first question is always “why?” And while the first answer might fix the issue temporarily, not all problems have a single root cause. This is why it is important to keep asking way.

One method is the Five Whys, originally developed by Sakichi Toyoda (and formally developed by Taiichi Ohno). This method was used at Toyota Motor Corporation as part of its manufacturing methodologies and is used at a lot of facilities today. The Five Whys is a simple technique used to explore the cause-and-effect of relationships to a problem. Ohno’s example discusses a robot that has stopped on the line. Why did it stop? Circuit was overloaded. Why? Insufficient lubrication on the bearings. Why? Oil pump wasn’t circulating. Why? Pump intake is clogged. Why? No filter on the pump. Replace the filter, fix the problem.

Much the same as with your physical health, if you continue to only treat the symptoms, they will keep coming back again, and again, and again — all while a larger issue lies hidden under the surface. The hidden problem will only get worse (and costlier) if not addressed.

So, keep digging and keep asking why. 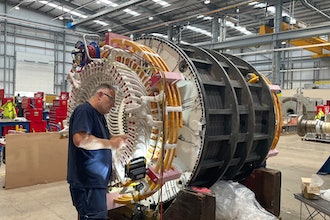