Survey: 61% of US Employees Have Experienced Or Witnessed Discrimination at Work

The study also shows that hiring for jobs to improve corporate diversity and inclusion efforts is up 30 percent year-over-year. 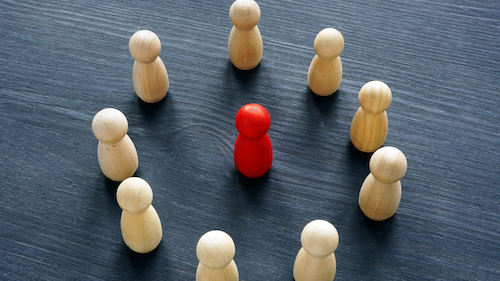 MILL VALLEY, CA — Glassdoor, one of the world's largest job and recruiting sites, on Wednesday released its 2019 Diversity and Inclusion Study in the U.S., UK, France and Germany. As part of the study, a new Glassdoor survey, conducted online by The Harris Poll among over 1,100 U.S. employees, finds that about three in five (61 percent) U.S. employees have witnessed or experienced discrimination based on age, race, gender or LGBTQ identity in the workplace. The survey also reveals the occurrences of discrimination across each of the four categories. In addition, while the study finds that the majority of U.S. employees have faced or witnessed discrimination at work, hiring for jobs to improve corporate diversity and inclusion efforts is up 30 percent year-over-year, according to Glassdoor jobs data, indicating that employers may be responding to the call for more diverse and inclusive work environments.

"Creating a company culture that celebrates and respects people for their diverse backgrounds and experiences should be a top priority for all employers," said Carina Cortez, Glassdoor's chief people officer. "Employees must feel comfortable bringing their full selves to work, without the fear of prejudice or ridicule, whether intentional or not. It's critical for employers to actively listen to how their employees feel about what it's like to work at their company. More importantly, employers must be willing and ready to take action to foster a workplace environment in which all people feel they belong."

In addition, employed men (38 percent) are more likely than employed women (28 percent) to have experienced or witnessed LGBTQ discrimination at work in the U.S. When it comes to LGBTQ discrimination among younger workers specifically, younger employed men (51 percent of ages 18-34) are significantly more likely than younger employed women (34 percent of ages 18-34) to have experienced or witnessed it.

Diversity and Inclusion Job Listings are Up Significantly Since Last Year

While a majority of U.S. employees (61 percent) report experiencing or witnessing discrimination based on age, gender, race or LGBTQ identity at work, the survey also finds that more than three in four (77 percent) employees say their company employs a diverse workforce, suggesting that the prevalence of discrimination at work may not improve unless something is proactively done.  At the same time, proactive efforts at companies may be underway now, as more than three in five (64 percent) workers also say their company is investing more in diversity and inclusion than it has in years past. As further support of what employees feel is happening at their companies now, Glassdoor's Economic Research team studied millions of the latest job listings on Glassdoor and found that job openings for roles related to diversity and inclusion in the U.S. have increased 30 percent since last year, with approximately 810 jobs open across the country.

"With more attention on workplace diversity in recent years, it's encouraging to see jobs data that affirms employers today are in fact investing more in diversity and inclusion by increasing hiring for jobs to support these efforts," said Daniel Zhao, Glassdoor senior economist. "Many of these open roles range from middle management all the way up to the C-suite and focus on building or strengthening workplace diversity programs. The people who work in these roles tend to have past experience in human resources or talent acquisition and have often made very deliberate decisions to work in the field of diversity and inclusion because they are passionate about ensuring employees of all backgrounds feel welcomed and heard."

How Does the U.S. Compare to the UK, France and Germany?

Among the four countries surveyed, the percentage of employees reporting having experienced or witnessed workplace discrimination relating to age, race, gender or LGBTQ identity was highest in the U.S. (61 percent), followed by the UK (55 percent), France (43 percent) and Germany (37 percent). The U.S. rates also rank highest among each of the individual categories.

Discrimination in the Workplace

Glassdoor 2019 Diversity and Inclusion Survey conducted by The Harris Poll