A new international climate agreement increases the pressure on appliance manufacturers to phase out their use of potent greenhouse gases in refrigeration and air conditioning systems. 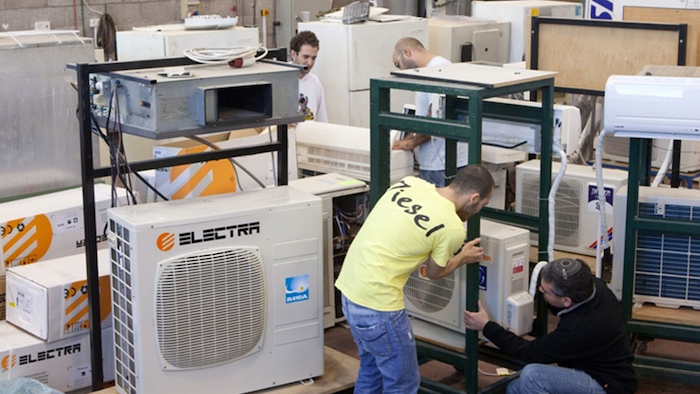 A new international climate agreement increases the pressure on appliance manufacturers to phase out their use of potent greenhouse gases in refrigeration and air conditioning systems.

And a report suggests that consumers are likely to feel the brunt of those costs.

More than 170 nations signed onto a pact over the weekend to freeze and gradually reduce their production and use of hydrofluorocarbons.

HFCs replaced chlorofluorocarbons in those devices following the 1987 Montreal protocol, which restricted CFCs due to their impact on the Earth's ozone layer.

The replacement chemicals, however, trapped heat at a far higher level than carbon dioxide — and are likely to make a greater impact on the planet's climate as developing nations in hot climates embrace air conditioning.

The pact will require developed nations, including the U.S., to slash HFC production faster than their developing counterparts. Recent EPA directives require companies to phase out HFCs between 2021 and 2024.

The Wall Street Journal, however, noted that many alternative chemicals are not yet approved by government regulators, and the Association of Home Appliance Manufacturers called for additional time and better collaboration between the HFC limits and new energy efficiency mandates.

“Our members are rushing right now to make sure that the alternative refrigerants are going to work, going to be safe,” Joe McGuire, the group's chief executive, told the paper.

Many chemical companies, meanwhile, researched replacement compounds for years as the international community debated the restrictions.

Some of those companies, The New York Times noted, were among the staunchest proponents of HFC restrictions.

Honeywell, a top supporter, expects to exceed $1 billion in annual revenue from its Solstice line of alternative chemicals by 2020, the Journal said.