The new D-Frames are vvailable in a power range from 125-450 horsepower and up to 68 percent smaller than previous generation D-Frame drives.

[[{"type":"media","view_mode":"media_original","fid":"157743","attributes":{"alt":"D-Frame VLT\u00ae Drives","class":"media-image","height":"232","style":"float: right;","title":"D-Frame VLT\u00ae Drives","typeof":"foaf:Image","width":"320"}}]]Danfoss VLT Drives (Loves Park, IL) has introduced next generation D-Frame VLT® Drives. Available in a power range from 125-450 horsepower and up to 68 percent smaller than previous generation D-Frame drives, new D-Frame drives require significantly less panel or wall space than previous models which were already among the smallest in their class, says the company. These drives also leverage back channel cooling to remove up to 90 percent of the heat generated by the drive, reducing both up front and ongoing costs and making them an ideal panel building solution. The new drives are available with IP20, IP21 (NEMA 1), or IP 54 (NEMA 12) enclosure protection ratings. 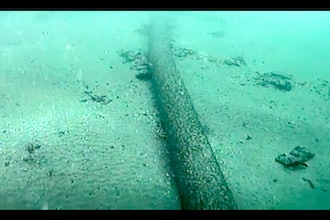