In many an office environment, this mere 1.5 cubic feet of space becomes a source of animosity, finger-pointing and disgust. I’m referring, of course, to the office kitchen microwave—a hot metal cube of burned Lean Cuisine runoff and dried sauce and soup spray that nobody wants to take responsibility for. Everybody uses it, but nobody particularly wants to take on the tedious (and gross) task of cleaning it.

And despite the fact that this annoys me, I can kind of understand why nobody wants to do it. Your only reward for this painful, thankless task is getting to watch your efforts get quickly covered over with melted cheese after a couple of days. It’s definitely one of those things you do because you feel like you owe it to the team… whether you’re lucky enough to have them reciprocate or not.

Every work environment has the kinds of people who take on some of the more thankless tasks—not because they have to, but because they look at their job responsibilities in a way that not everybody else does. And as much as we’d like to think that hard work gets rewarded eventually, not all of it does. Sometimes it’s up to us to take note and make sure the people in question know that their efforts are not going unnoticed.

But you know what’s even better than a quick thanks and a pat on the back after somebody makes your life a little easier or your factory run a little smoother? Giving them a bunch of cool stuff like an iPad, a Visa gift card, or a 283-piece tool chest.

It’s not too late to get involved in our Maintenance Professional of the Year Award. Before May 25th, nominate yourself or a colleague to be eligible to win an awesome prize package and, of course, bragging rights. Click here to access the nomination form; it’s short, I promise.

A thank you is always appropriate, but wouldn’t you love to see somebody great be rewarded for their efforts? Because the people out there who aren’t afraid to get their hands dirty ought to know that we appreciate everything they do. 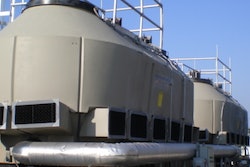 Issues prevented Boeing from delivering any of the planes for most of the last two years.
August 9, 2022

Proper technique plays such an important role in saving time and money in these applications.
August 3, 2022

What many plant equipment users do not recognize is that failing cooling solutions cause 80% of equipment failures.
August 2, 2022

They're accused of voiding warranties if consumers use third-party companies for repairs.
June 24, 2022

The previous attempts in April were thwarted by a fuel leak.
June 21, 2022

Aging Dams Could Soon Benefit from $7B Federal Loan Program