An employee was fired after raising concerns about the company’s COVID-19 policies.

The Department of Labor alleged that Peterbilt fired an employee who raised concerns about its efforts to protect workers against COVID-19.

According to the agency, the employee asked officials at the Denton, Texas, plant about the matter in March of 2020.

The worker was told that the company planned to clean work spaces and continue production as usual.

After the employee reportedly pressed the matter with a local business group, Peterbilt fired the worker for disclosing trade secrets and poor performance.

OSHA investigators found that the worker was engaged in protected activity, and that the company improperly retaliated.

The Labor Department asked a federal court to order Peterbilt to reinstate the employee, expunge the personnel record, and provide compensation.

Peterbilt, which is officially known as Paccar Inc., declined to comment to the Denton Record-Chronicle. 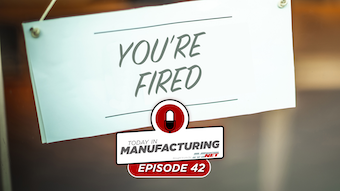