Based in Mebane, N.C., Kidde agreed to the civil penalty and other terms as part of a consent decree entered by a federal judge.

The allegations stem from a 2017 recall of Kidde fire extinguisher. According to the recall, the extinguishers could become clogged or require excessive force to discharge, fail to activate during a fire emergency, and some nozzles even fell off.

Some of the fire extinguishers were previously recalled in March 2009 and February 2015.

According to the Department of Justice, the company allegedly violated the Consumer Product Safety Act by underreporting before the first recall the scope and nature of the defect and risk and the number of products and models affected.

As part of the agreement, Kidde will create a compliance program to comply with the Consumer Product Safety Act as well as internal controls and procedures designed to ensure timely, complete, and accurate reporting.

The extinguishers were sold online, in retail stores, and with commercial trucks, recreational vehicles, personal watercraft, and boats.

While Kidde agreed to the decree, it did not admit that it violated the law. 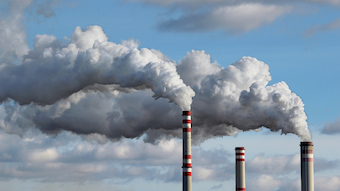 Air Pollution May Contribute to Alzheimer’s and Dementia Risk