In just a few years, it could reach a tilt at which the elevators and plumbing may no longer operate. 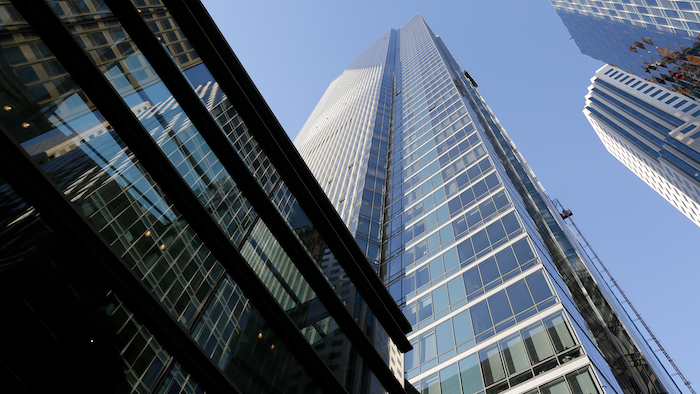 The building continues to sink and is tilting about 3 inches (7.5 centimeters) per year, Ron Hamburger, the engineer responsible for fixing the troubled building told the San Francisco Board of Supervisors in an update hearing in early January 2022.
AP Photo/Eric Risberg, File

SAN FRANCISCO (AP) — A 58-story luxury apartment building in San Francisco continues to sink and is tilting about 3 inches (7.5 centimeters) per year, the engineer responsible for fixing the troubled building said.

At the current rate without a fix, the Millennium Tower in just a few years could reach a 40-inch (1-meter) tilt, which would be the point at which the elevators and plumbing may no longer operate, said Ron Hamburger, the engineer.

Hamburger told the San Francisco Board of Supervisors in an update hearing last week that the building remains safe and that installing 18 steel piles to bedrock is the best way to stop the tilting and possibly reverse some of it, KNTV-TV reported.

“The building does continue to settle at a rate of about one-half inch per year and to tilt at a rate of about three inches per year,” he told supervisors last week. “It is doing this whether we are conducting work at the site or not."

But by 2016, the building had sunk 16 inches (40 centimeters) into the soft soil and landfill of San Francisco’s dense financial district. It was also leaning, creating a 2-inch (5-cm) tilt at the base and a 6-inch (15-cm) lean at the top. Residents sued the developer and designers.