The Pentagon intends to work better with private industry to develop high-tech systems. 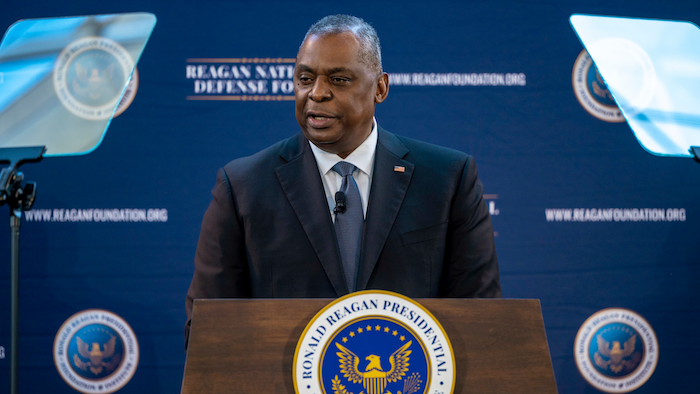 WASHINGTON (AP) — The Pentagon intends to work better with private industry to develop high-tech systems and to strengthen relations with allies in the Indo-Pacific region in order to maintain a competitive edge over China, Defense Secretary Lloyd Austin said Saturday.

Speaking at the Reagan National Defense Forum in California, Austin said recent military activity and aggressive moves by China in the region, including near the self-ruled island of Taiwan, are disturbing. And while he said the U.S. is still committed to the longstanding “One China” policy, it is working to bolster Taiwan's ability to defend itself.

“We’re clear eyed about the challenge that China presents. But China is not 10 feet tall. This is America,” said Austin. “America isn’t a country that fears competition. And we’re going to beat this one with confidence and resolve and not panic and pessimism."

Austin’s speech comes as the U.S. struggles to counter China's growing military and economic power, and its advancements in space, cyber and nuclear capabilities, while also avoiding direct conflict. Tensions between the two nations have spiked as China has dispatched an increasing number of fighter jets toward Taiwan, fueling worries about a possible invasion, even as the U.S. and its allies sail warships though the Taiwan Strait.

America's “One China” policy recognizes Beijing as the government of China but allows informal relations and defense ties with Taipei.

Asked whether China's moves around Taiwan appear to be training for potential future military operations, Austin said it certainly “looks a lot like them exploring their true capabilities and, sure, that it looks a lot like rehearsing.” But, he added that the U.S. doesn't want a conflict with China, so it's important for the nations' militaries to communicate more and be transparent.

Austin arrived in California after a visit to South Korea, his third trip to the Indo-Pacific region since taking over as defense chief earlier this year.

He told the defense forum that private companies struggle to get through Pentagon red tape when developing new technologies, and the department has to make it easier to break through the barriers. He said the Pentagon needs to get advances in unmanned systems, nanotechnology and artificial intelligence into the hands of U.S. forces more quickly.

Austin said the U.S. must also strengthen its network of allies and partners in the Pacific region.

“We’re not seeking an Asian version of NATO or trying to build an anti-China coalition. And we’re not asking countries to choose between the United States and China,” Austin said. “Instead, we’re working to advance an international system that is free and stable and open.”

The Pentagon just released its new global posture review, which made no immediate major changes in the global positioning of U.S. forces, but it did include plans to improve infrastructure in some parts of the Pacific, including Guam and Australia. In September the U.S. announced a new partnership with Australia and Britain to deepen security, diplomatic and defense cooperation in the Asia-Pacific region. As part of that AUKUS partnership, Australia is to acquire nuclear-powered submarines, and the U.S. is to increase rotational force deployments to Australia. 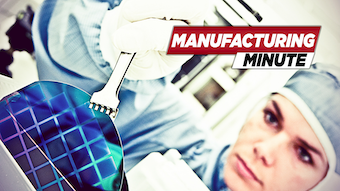