It covers certain 2019 and 2020 heavy-duty pickups and chassis cab trucks. 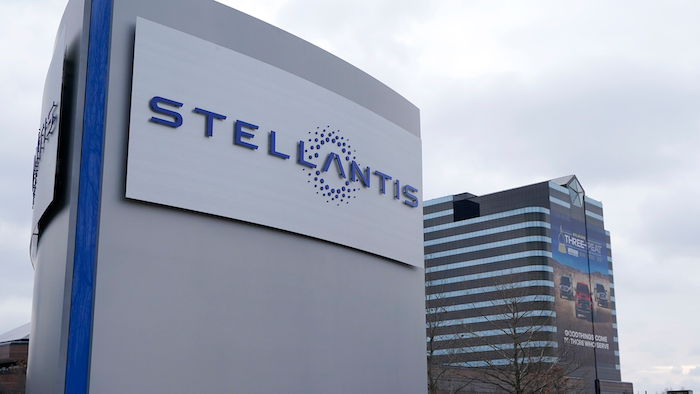 The Stellantis sign outside is shown on Jan. 19, 2021 at the Chrysler Technology Center in Auburn Hills, Mich. Stellantis is recalling more than 240,000 diesel heavy-duty trucks, Wednesday, Nov. 17, mainly in North America to fix fuel pumps that can fail and cause engine stalling.
AP Photo/Carlos Osorio, File

DETROIT (AP) — Stellantis is recalling more than 240,000 diesel heavy-duty trucks, mainly in North America, to fix fuel pumps that can fail and cause engine stalls.

The recall comes about a month after the National Highway Traffic Safety Administration opened an investigation into the pump failures. But Stellantis says the company started its recall determination process before the probe was announced.

The safety agency said that in November of 2019, Fiat Chrysler (now Stellantis), maker of the trucks, issued a warranty bulletin to dealers telling them to collect fuel pumps on the trucks.

Stellantis says some of the pumps can wear and contaminate their mechanisms with metal shavings, causing engines to stall or fail to start.

Dealers will replace the pumps at no cost to owners, who will be notified by letters starting next month.

Federal safety investigators opened the probe after getting 22 complaints and two field reports of engines stalling. There were no reports of crashes or injuries.