The company said the project will create an easier pathway for industry to move away from fossil fuels. 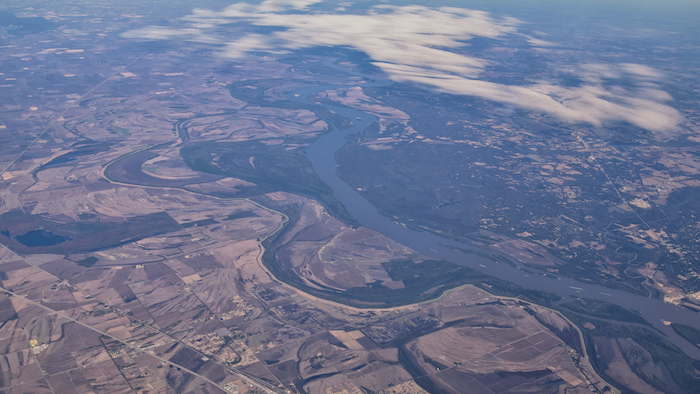 JACKSON, Miss. (AP) — A Jackson-based company has announced plans to build a green hydrogen hub in Mississippi it says will be the largest of its kind in the U.S. and create an easier pathway for hard-to-decarbonize manufacturing industries to move away from fossil fuels.

In addition to regularly producing and delivering to customers across Mississippi and surrounding states, Hy Stor will house green hydrogen in caverns developed in Mississippi's naturally occurring salt domes that can be stored for months and years at a time, Luce said.

That way, it can be used when needed, such as during extreme weather events, like hurricanes, when power can be out for days and weeks, she said. It can also be accessed at times when renewables like solar panels and wind turbines can't produce energy.

“It’s difficult when you have an energy form that is only available when the sun is shining, and the wind is blowing," Luce said. “If a company wants to decarbonize part of their energy profile, or if they want to go 100% clean energy, you really can’t do that right now on a 7 by 24 basis.”

“What we’re trying to do is take those hard to decarbonize sectors, like cement, or steel and data centers and be able to create energy, power, electricity, that’s 100% carbon-free,” she continued.

The project will extend from outside Jackson to deep water ports on the coast. Hy Stor Energy has received approval to store hydrogen in multiple Mississippi counties, including Smith, Perry and Simpson, and will likely expand.

“As part of his Justice40 Initiative, the President has pledged to allocate at least 40% of climate investments to disadvantaged communities,” they wrote. “There is no area more in need of these investments than the State of Mississippi, which has the highest percentage of African-Americans of any state in the country.”

Republican Gov. Tate Reeves, Speaker of the House Philip Gunn and Lt. Gov. Delbert Hosemann have all voiced support for the project, along with the state's three public service commissioners.

Luce said Mississippi was an ideal place to bring the project because of its proximity to existing infrastructure in the form of interstate gas transportation pipelines and electric transmission lines, as well as interstate highways, rail lines, deep water ports, and the Mississippi River.

The planned scale of the Mississippi Clean Hydrogen Hub is up to 10 times larger than any other green hydrogen project under consideration in the U.S., Luce said.

It will create an estimated 110 million kilograms of green hydrogen annually when it opens for commercial service around 2025. If it's 100% of that green hydrogen were used as fuel, it would be enough to fuel 25,000 medium to heavy-duty sized trucks or 600,000 cars.

When it opens, the Mississippi hub will have the capacity to store more than 70 million kilograms of green hydrogen in its underground salt caverns.

Green hydrogen is produced by splitting water into two parts – hydrogen and oxygen – via electrolysis that uses renewable electricity like sun and wind. Green hydrogen, when produced and burned, emits no carbon dioxide, only water vapor.

Hy Stor Energy is working with Connor, Clark & Lunn Infrastructure, a firm with a history of investing in and owning renewable energy projects.