Nissan Plant to Close for 2 Weeks Due to Chip Shortage

The shutdown is among the longest at any U.S. auto plant of this size since the semiconductor shortage. 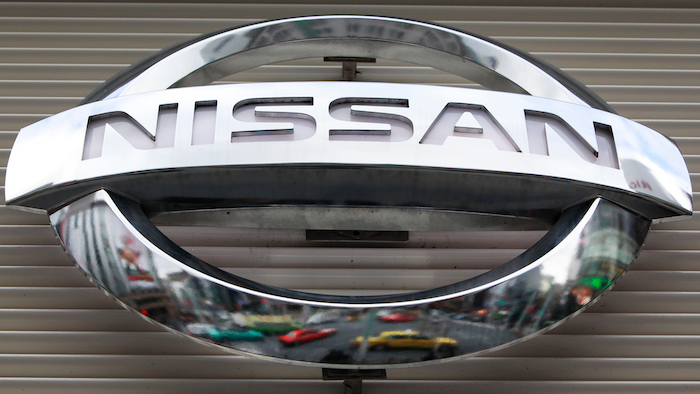 In this Feb. 8, 2012, file photo, vehicles are reflected on the logo of the Nissan Motors Co. at a showroom in Tokyo's Ginza shopping district. Nissan says its huge factory in Smyrna, Tennessee, will close for two weeks starting Monday, Aug. 16, 2021 due to computer chip shortages brought on by a coronavirus outbreak in Malaysia.
AP Photo/Shizuo Kambayashi, File

DETROIT (AP) — Nissan says its huge factory in Smyrna, Tennessee, will close for two weeks starting Monday due to computer chip shortages brought on by a coronavirus outbreak in Malaysia.

The shutdown is among the longest at any U.S. auto plant of this size since the semiconductor shortage, which has hobbled auto production worldwide, started to hit late last year.

Nissan said Tuesday that it ran short of chips due to a COVID-19 outbreak at a chip factory in Malaysia. It expects production to resume Aug. 30.

Analysts say the closure of the large Nissan factory for two weeks is a sign that the semiconductor shortage may not be coming to an end late this year as many auto executives had hoped.

Few U.S. factories have been down for two weeks in a row, and they usually are plants that make lower-volume, less-profitable vehicles, such as sedans. Automakers have tried to conserve chips for plants that make their top sellers, largely SUVs and pickup trucks. But pickup truck plants have been shut down sporadically as well, including three General Motors factories this week.

Guidehouse Research Principal Analyst Sam Abuelsamid said Smyrna is a crucial factory for Nissan and its shutdown is a sign that the end of the semiconductor shortage may not be in sight.

“It’s looking like it’s going to stretch at least into the new year,” he said.

With continuing COVID-19 outbreaks across the semiconductor supply chain in Asia and other regions, supply problems may last even longer than that, Abuelsamid said.

The shortage and plant closures, coupled with strong consumer demand in the U.S., have caused shortages of new vehicles across the nation. That has driven up prices, and the shortage has spilled into the market for used vehicles.

The chip shortage is starting to improve, but the coronavirus delta variant is starting to cause problems at factories in the semiconductor supply chain, making matters worse, said Phil Amsrud, senior principal analyst for IHS Markit who studies the chip market.

Large chip foundries in Taiwan and elsewhere in Asia take large silicon wafers and turn them into multiple smaller integrated circuits. They’re then shipped to “back end” manufacturers in Malaysia where they are cut into chips that are used in automotive control computers.

But outbreaks among workers in those factories, and in the shipping business, are affecting supplies again, as evidenced by the Nissan shutdown, Amsrud said. Also, chips that automakers are getting now may not be the right ones for products they want to build in the future, he said.

In addition, many countries that do the back-end work like Malaysia have low vaccination rates, Amsrud noted.

“It looks to me like we’re just set up for delta getting a foothold in all of these locations,” he said. “I think delta is going to still cause us all sorts of problems.”