Business conditions have largely returned to normal since the ruling Communist Party declared the outbreak under control. 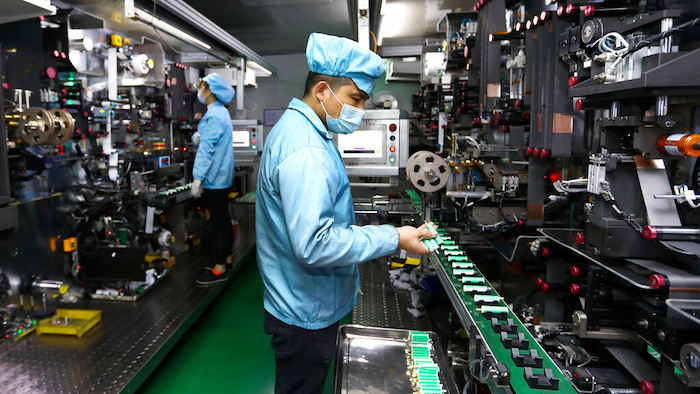 BEIJING (AP) — China’s manufacturing activity accelerated in November as its rebound from the pandemic gained strength, a survey showed Monday, while the United States and Europe struggled with rising infections and renewed controls on business.

The monthly purchasing managers’ index issued by the state statistics agency and an industry group rose to 52.1 on a 100-point scale on which numbers above 50 show an expansion. That was up from October’s 51.4.

Business conditions have largely returned to normal since the ruling Communist Party declared the outbreak that began in southwestern China under control in March.

Factories, stores and offices have reopened, though restrictions on visitors entering the country remain. Retail spending, auto sales, factory output and other activity have rebounded to above pre-pandemic levels.

“The pace of economic growth picked up in November on the back of a broad-based improvement in both services and manufacturing,” Julian Evans-Pritchard of Capital Economics said in a report.

In November, an indicator of factory production rose to 54.7 from October’s 53.9, the National Bureau of Statistics and the China Federation of Logistics & Purchasing reported. The new orders index rose 1.1 points to 53.9.

Chinese exporters have benefited from the relatively early reopening of their economy and demand for masks and other medical supplies. They are taking market share from foreign competitors that still face anti-virus restrictions.

Employment contracted again in November but at a slower pace. The employment index gained 0.2 points to 49.5.