The move is an effort to restore a reputation tarnished by years of neglectful conduct that culminated in a series of deadly wildfires. 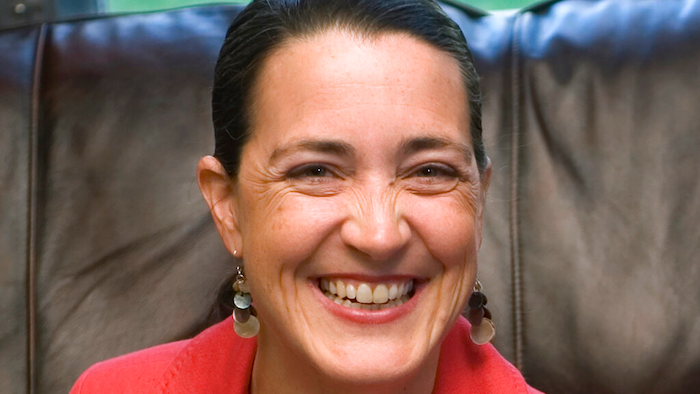 SAN RAMON, Calif. (AP) — Embattled Northern California utility PG&E Corp. has lured away the top executive at Michigan's largest power provider to steer its effort to restore a reputation tarnished by years of neglectful conduct that culminated in a series of deadly wildfires.

Patricia “Patti" Poppe will leave her job as CEO of CMS Energy Corp. to take the same position at PG&E effective Jan. 4. Her hiring, announced Wednesday, comes nearly five months after the San Francisco company emerged from one of the most complex bankruptcy cases in U.S. history, an ordeal triggered by the death and destruction in wildfires ignited by PG&E's fraying electrical grid.

She will replace interim CEO Bill Smith, who filled the void after Bill Johnson stepped down from the job just 14 months after PG&E hired him amid promises that better days were ahead for the nation's largest utility.

PG&E still faces the daunting task of trying to upgrade its electrical equipment at an estimated cost of $40 billion while also trying to avoid causing more wildfires during hot and windy weather conditions by deliberately turning off the power for extended stretches in parts of a service territory that includes Silicon Valley, San Francisco, Northern California wine territory and Yosemite.

Poppe, 52, will confront the challenge after having helped CMS Energy improve its safety record since become that company's CEO in 2016. But she will be tackling a much bigger job now, given that PG&E provides service to about 16 million people while CMS services about 7 million people.

“She's the perfect fit," PG&E Chairman Robert Flexon said Wednesday during a conference call with reporters. Investors signaled they liked the pick by driving PG&E stock price up nearly 9% Wednesday to its highest level since the company ended its 19-month stretch in bankruptcy in July.

PG&E underscored its confidence in Poppe by awarding her with a five-year contract that will start off with a $1.35 million salary and a $6.6 million bonus to help compensate her for the rewards she will forgo at CMS when she leaves that company on Dec. 1, according to regulatory documents filed Wednesday. Poppe will also receive a stock award valued at $9.25 million on top of restricted stock currently worth about $37 million. The restricted stock won't fully vest until January 2023.

Poppe will become the sixth full-time CEO has had since it ended an earlier stint in bankruptcy that lasted from 2001 to 2004 after the company got caught in a financial bind caused by the manipulation of California's power market.

PG&E's most recent bankruptcy, thought, was brought on by years of neglect as the company cut corners on maintenance and upgrades in an effort to boost its profits and stock price. More than 120 people died in wildfires linked to PG&E's outdated equipment during 2017 and 2018.

The company wound up negotiating a $25.5 billion settlement with wildfire survivors during the bankruptcy while also pleading guilty to 84 felony counts of involuntary manslaughter for an inferno that wipe out out of the town of Paradise, California.

The Utility Reform Network, a group that has a long been one of PG&E's toughest critics, expressed skepticism about whether Poppe will be able to turn the tide at the company in light of the poor track record of the previous CEOs.

“Each one is brought in to great acclaim, and grossly overpaid, but none have managed to change the company from a felon guilty of negligence, massive wildfires and countless deaths to a provider of safe reliable electricity," said Mark Toney, executive director of The Utility Reform Network.

California investigators have already blamed PG&E for another wildfire last year that destroyed more than 370 buildings without causing any death in Sonoma County. Various cities and government agencies sued PG&E for negligence in that fire in a complaint filed earlier this week.

PG&E's role in a fire that killed four people in Shasta and Tehama counties this past summer is still under investigation.