Demand for an all-electric F-150 was higher than expected. 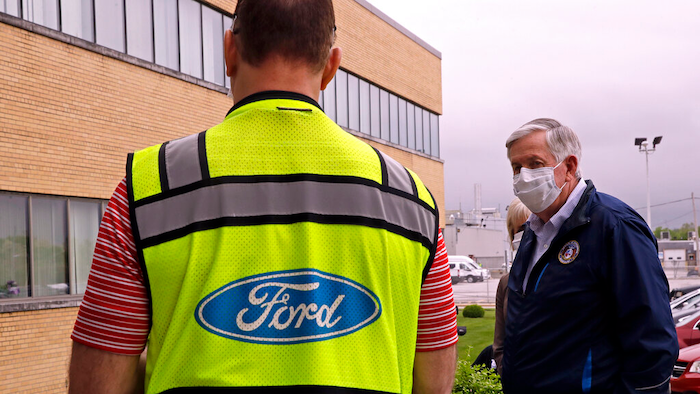 DETROIT (AP) — Ford plans to add 350 jobs at two factories to meet expected demand for electric vehicles that haven't gone on sale yet.

The automaker says it will add 150 workers at its Kansas City Assembly Plant in Claycomo, Missouri, to build the new E-Transit full-size van that will go on sale late next year.

Another 200 workers will be hired at Ford's Rouge Electric Vehicle Center in Dearborn, Michigan, which will build an all-electric F-150 pickup starting in mid-2022.

In addition, Ford says it will invest $100 million in the Kansas City plant for an assembly line that will build the electric vans.

Demand for the electric pickup was higher than expected after it was announced in September, Galhotra said in an interview. “We immediately started working on increasing the capacity of the plant,” he said. “We need more people to assemble the vehicles.”

Ford will reveal details of the E-Transit electric van on Thursday.

The company says these are early investments in the first phase of its plan to build more electric vehicles. Ford has said it will invest $11.5 billion in electric vehicle factories through 2022.

Ford also announced Tuesday that it will spend about $150 million at a transmission plant in Sterling Heights, Michigan, to make electric motors and transaxles for new electric vehicles. No new jobs will be added but the investment will help keep 225 positions.

In addition to the Kansas City and Michigan plants, Ford will build electric vehicles and components in Oakville, Ontario, and Cuautitlan, Mexico, the company said. But more factories will be added as future vehicles are announced, it said. “This is just the first chapter with more new electric vehicles and more investment to come,” Galhotra said.

Ford’s optimism about electric vehicles may be a little ahead of where U.S. buyers are, but analysts expect EV sales to grow as more new models go on sale. Last year, automakers sold just over 236,000 fully electric vehicles, up 36% from 2018. But that amounted to only 1.4% of all new vehicles sold in the country.

The company needs to make more vehicle frames for light- and heavyweight trucks.
Jan 11th, 2021
Follow Us
Most Recent