The price of a barrel of benchmark U.S. crude fell below $0 in April. 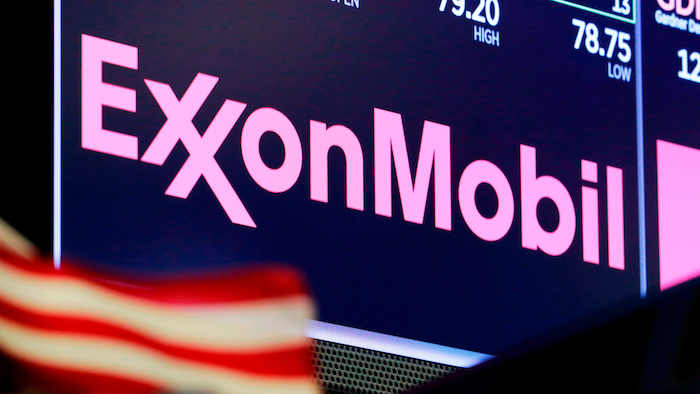 The logo for ExxonMobil appears above a trading post on the floor of the New York Stock Exchange.
Associated Press

NEW YORK (AP) — Exxon lost $1.1 billion in the second quarter, its economic pain deepening as the pandemic kept households on lockdown, diminishing the need for oil around the world.

The Irving, Texas-based oil giant brought in $32.6 billion in revenue during the second quarter, less than half of what it brought in at the same time last year.

The quarter was one of the worst on record for the oil industry. The price of a barrel of benchmark U.S. crude fell below $0 in April, a stunning downfall that had not before been seen in the industry. Producers had been pumping far more oil than the world was using as global travel all but shut down, and storage tanks were filling up. Exxon announced that month that it would cut its capital spending budget by 30%, to $23 billion, and its cash operating expenses by 15%, in 2020.

Oil prices have recovered somewhat since, but have been stuck at around $40 a barrel for weeks, fetching 30% less than a barrel did a year ago and well below what most producers need to make ends meet.

As a result, the U.S. oil industry lost more than 100,000 jobs since February, with 45,000 of those jobs shed by upstream oil and gas companies in Texas alone, according to Rystad Energy, a consulting firm.

Exxon Mobil Corp. produced 3.6 million barrels of oil-equivalent, down 7% from last year. That included a 12% drop in natural gas production.

“The past few months have presented unique challenges,” said Michael Wirth, Chevron’s chairman of the board and CEO, in a statement. “The economic impact of the response to COVID-19 significantly reduced demand for our products and lowered commodity prices.”

Phillips 66, the Houston-based oil refining and logistics company, lost $141 million during the quarter.