Ex-UAW Head to Pay Back $55K in Expenses 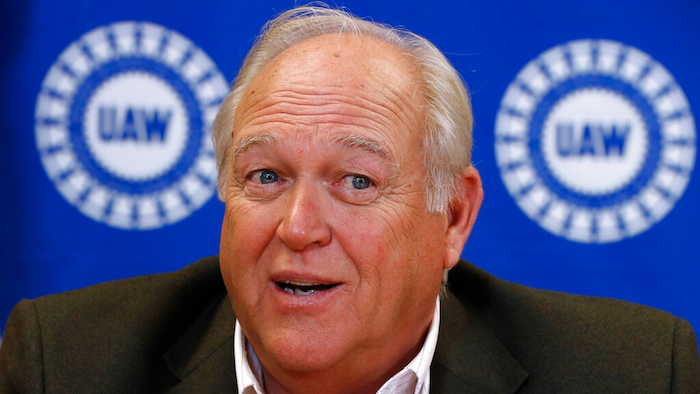 DETROIT (AP) — A former president of the United Auto Workers has reimbursed the union for $55,000 worth of inappropriate travel expenses, the union says.

Dennis Williams repaid the money after an independent review of spending, the union said Monday. Efforts to reach Williams Monday were not successful.

A union update to members gave no details about the expenditures, and spokesman Brian Rothenberg said he didn't know what they were. But the repayment comes after disclosures in a federal corruption probe that some UAW officials spent thousands in union money for golf, lodging and fancy meals in Palm Springs, California.

Ten union officials and a late official’s spouse have pleaded guilty in the probe since 2017, including former President Gary Jones.

Jones pleaded guilty to charges earlier this year. He was accused of conspiring with UAW cronies to embezzle more than $1 million. The government said union money was spent on golf, cigars, spas, high-end lodging and booze.

Williams has not been charged in the case, but his California home was raided by federal agents last summer.

In addition to the Palm Springs expenses, other officials tapped cash from a Fiat Chrysler-UAW training center with approval from an FCA executive. Others took kickbacks from union contractors.

The reimbursement announcement comes the day before current UAW President Rory Gamble is to meet with U.S. Attorney Matthew Schneider in Detroit to discuss ways to reform the troubled 400,000-member union.

Schneider has floated the idea of the government taking control of the UAW and has pushed for letting each member vote on its leadership. Currently members vote on delegates to a convention who then vote on a president.

In the update obtained by The Associated Press, Gamble wrote that the union is working hard to recover dues money that was spent inappropriately, including the money from Williams.

“These monies will go back to the membership where they belong,” Gamble wrote. He wrote that the union has instituted accounting reforms.

Gamble wrote that he hopes the meeting with Schneider will be “constructive discussion toward the closure of a dark chapter in UAW history.”