The company is missing a big piece: batteries. 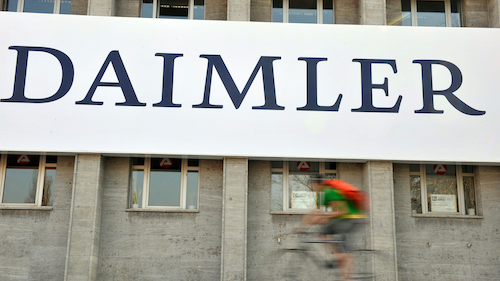 German auto giant Daimler reportedly cut its 2020 production goal for its Mercedes-Benz electric SUV in half due to issues with its supply of battery cells.

Reuters, citing a report in German business publication Manager Magazin, reported that the company sold about 7,000 of its EQC compact SUV in 2019 after initially hoping to produce about 25,000 in its first full year. The automaker also reduced its goal for 2020 EQC production from 60,000 vehicles to 30,000.

The production hiccups complicate Daimler’s efforts to meet stricter European standards for carbon emissions. The automaker could face a fine of more than $1 billion, Reuters noted, if it fails to sharply curb the average emissions of its fleet between 2018 and 2021.

Daimler debuted the EQC in late 2018 in hopes of challenging Tesla’s Model X in the nascent all-electric SUV segment.