They say the proposed rule would put residents, first responders and the environment at greater risk of catastrophic accidents. 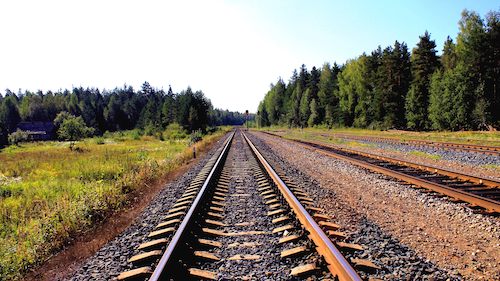 Photo by Kholodnitskiy Maksim on Unsplash

HARRISBURG, Pa. (AP) — The attorneys general of 15 states said this week that they oppose a Trump administration proposal to allow rail shipments of liquefied natural gas, arguing the trains will share tracks with passenger trains and travel through congested areas.

The protesting states included Pennsylvania and New Jersey, where the Trump administration issued a special permit in December to ship LNG by rail.

The rulemaking by the U.S. Pipeline and Hazardous Material Safety Administration stems from Trump signing an executive order in April that, in addition to seeking to speed up oil and gas pipeline projects, directed the transportation secretary to propose a rule allowing liquefied natural gas to be shipped in approved rail tank cars.

In their 18 pages of comments submitted Monday, the states said the Trump administration's proposed rule would put residents, first responders and the environment at greater risk of catastrophic accidents. The administration failed to adequately analyze those risks and failed to consider the environmental and climate effects of allowing LNG to be shipped in rail tank cars, the states said.

The flammable and odorless liquid would be transported "through densely populated areas, potentially in unit trains of up to 100 tank cars operated by just one person, on the same rail lines used by high speed passenger trains, with inadequate safety precautions," the states said.

They asked the pipeline administration to withdraw the proposed rule pending the completion of more safety studies and the development of an environmental impact statement.

Federal hazardous materials regulations allow LNG shipments by truck, but not by rail, except for with a special permit.

In December, the Trump administration issued a special permit to a New Fortress Energy subsidiary to ship LNG by rail from northern Pennsylvania's Marcellus Shale natural gas fields to a yet-to-be-built storage terminal at a former explosives plant in New Jersey, along the Delaware River near Philadelphia.

From there, the LNG would be exported to foreign markets.

Monday was the deadline for comments to be filed.

The pipeline agency's administrator, Skip Elliott, said when the proposed rules were issued in October that safety is the agency's “number one priority” and pledged to evaluate all public comments and concerns raised during the rulemaking process.