The Japanese employee claimed he was following orders by funneling the money through fake deals. 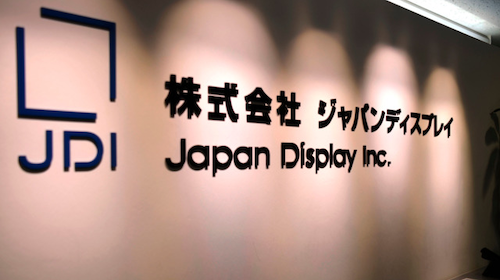 Police and Japan Display Inc. declined to comment on the reports Monday.

NHK and other outlets cited unidentified investigators as saying the man was found unconscious at a Tokyo hotel on Friday and died at a hospital. Asahi Shimbun reported the fired employee left a note saying, “I apologize with my death.”

The Tokyo-based maker of displays said in November that the worker had been fired and that it had filed a criminal complaint against him. It said the employee made the illicit payments over four years and the losses were discovered through a whistleblower.

It said in a separate statement last week that the employee claimed he was following orders. The company said it had expanded the investigation to the years before 2018.

Japan Display has apologized to shareholders, customers and other parties for the scandal.

The company was formed in 2012, when Japanese rivals Sony Corp., Toshiba Corp. and Hitachi combined their display operations.

It has racked up red ink for the last five years and has been seeking help from various backers, including the government-supported Innovation Network Corp. of Japan.

Emmanuel Macron is insisting that his reforms are attracting investors despite six weeks of crippling protests and walkouts over his plan to overhaul the retirement system.
Sylvie Corbet
Jan 21st, 2020

Signs Point Up for Small Manufacturers

ISM's latest monthly report pointed to a possible end to a decline in manufacturing that brought the industry's activity to its lowest point since the end of the Great Recession.
Joyce M. Rosenberg
Jan 20th, 2020