Parents of a Georgia teenager who suffered a severe brain injury in a 2009 car crash say General Motors knew of a defect in her car but took steps to conceal it. 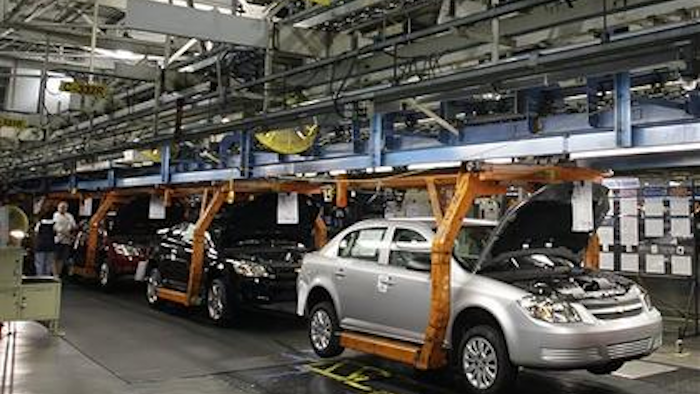 ATLANTA (AP) -- Parents of a Georgia teenager who suffered a severe brain injury in a 2009 car crash say General Motors knew of a defect in her car but took steps to conceal it.

In a federal lawsuit filed Friday in U.S. District Court, Alexina and William Van Pelt of Evans say a defective key system in their daughter Haley's 2003 Saturn Ion caused the key to move from the "run" to "accessory/off" position, shutting the engine off and causing her to lose control and smash into a tree.

The lawsuit adds that Haley has incurred more than $1 million in medical bills.

Ignition switch defects are at the center of a congressional subcommittee's investigation into how GM handled safety issues.

GM has admitted knowing about the switch problem for more than a decade, but failed to recall the cars until February.

"More than eight years before Haley's injuries, GM knew about the safety-related defects in the Saturn Ion, and did nothing to recall or fully remedy the defects or warn users about them," the lawsuit said.

"Rather, GM intentionally, purposely, fraudulently, and systematically concealed the defects from Haley, the Van Pelts, the National Highway Safety Administration, and the driving public."

GM says a heavy key ring or jarring from rough roads can cause the ignition switch to move out of the "run" position and shut off the engine and electrical power. That can knock out power-assisted brakes and steering and disable the front air bags.

In Haley's crash, the airbags failed to deploy when she struck the tree, the lawsuit said.

The lawsuit cited several similar deadly crashes involving faulty key switches in GM's Chevy Cobalts: Brooke Melton was driving her 2005 Cobalt on a two-lane highway in Paulding County, northwest of Atlanta, when her key moved from the run position to "accessory/off," causing her engine to shut off, the lawsuit said. Her car veered into another lane, and she was killed by an oncoming car.

GM CEO Mary Barra has said that she only become aware of the ignition switch issues in December. She has distanced herself from GM's slow action on safety issues in the past, saying she's trying to install a culture that is focused on consumer protection.

GM has said that it is deeply sorry for the losses suffered by its customers, and that it will work to regain their trust.

"Ensuring our customers' safety is our first order of business," GM North America President Alan Batey said in a statement earlier this year. "We are deeply sorry and we are working to address this issue as quickly as we can."