An estimated 96% of manufacturers have no visibility into Credit and Incentive (C&I) packages worth tens of millions of dollars each year. 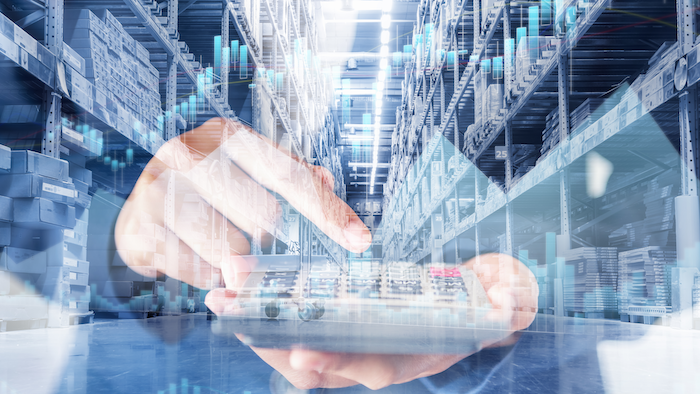 Everyone should care about manufacturing. The capacity to create at scale is the infrastructure of our lives as Americans - extending from the obvious in the automobile and consumer tech industries to the less discussed in food manufacturing and pharmaceutical.

Manufacturing matters and this article is going to hone in on one particular group who not only understands how important manufacturing is,  but is actively subsidizing significant efforts across the country.

That group is the government.

More specifically, that group is three different subgroups: the federal government, state governments, and local jurisdictional governments. Between the three, governmental bodies in the United States account for well over $100B in annual funding opportunities for manufacturing through various Credit and Incentive (C&I) packages. The functional word there being “opportunities”.

In the cosmetic, architectural, and metaphysical worlds, the Golden Ratio is represented as the Greek letter Phi,  and constitutes what has often been considered a sacred ratio of divine perfection. From Britannica: “The Golden ratio, also known as the golden section, golden mean, or divine proportion, in mathematics, the irrational number (1 + Square root of√5)/2, often denoted by the Greek letter ϕ or τ, which is approximately equal to 1.618.”

That number should be at least 1/4 for your organization. That is to say, 25 percent of your CapEx should be paid for by C&I.

Unfortunately, too many companies not only fail to reach this critical benchmark...they don’t even know their C&I portfolio value, much less its monetization coefficient relative to qualified expenditures.

So, the first note for any organization either involved in C&I or looking to become involved is to begin benchmarking their Golden Ratio. If you depend on external advisors, be sure to look at the net value of your C&I inclusive of their fees and any variance - you’re interested in what was supposed to happen, and you need to know what the actual value of C&I has been in getting things built.

First, it's worth noting that C&I is not going to save you tomorrow. C&I is not a stopgap measure. Alternatively, if you are looking at what 2021, 2022, and 2023 hold for your organization and how you can drive manufacturing, then C&I is absolutely where you should be looking.

C&I started to emerge in prevalence during the 1970’s and 80’s as the growing reality of globalization began to raise new questions for local, state, and federal governments. Today, more than $400B per annum in statutory and negotiated C&I is made available in the U.S. alone, of which at least half is never monetized. There are two big reasons why:

C&I are inherently complicated assets...and they should be. The purpose of C&I is for the government to drive pro-societal achievement through the vehicle of a corporation - it is not corporate welfare.

The government at all levels securitizes the value of its C&I through achievement verification - whether that’s new job hires, innovation, environmental remediation - and is specific to the particular C&I. C&I awardees (corporations usually) run into problems here because they fail to assign dedicated human resources, centralized technical resources, and multilateral visibility/accountability. All too often, they figure C&I is a “tax thing.” It isn’t. It’s a finance thing that tax, HR, real estate, and government affairs factors into - but in the end, it’s a finance thing.

If you have C&I then be sure to assign it to someone, and give that person the resources they need to realize the asset. Measure it, manage it, and you’ll monetize it.

When you say C&I to most people, the only context they may have is Amazon HQ2 and the notion of “corporate welfare.” Briefly, the story of Amazon HQ2 included a public propositioning of states by Amazon to put forward competing C&I packages for the tech and retail behemoth’s second headquarters. This process resulted in prominent politicians decrying the packages as “corporate welfare,” leading to most states withdrawing C&I packages. This was most notable in New York, initially selected as the site for HQ2.

A meager four percent of companies know the value of their Golden Ratio, which is another way of saying that 96 percent have no visibility into an asset which is regularly in the eight figures, even for small businesses. Start there as a manufacturer - start with tracking your Golden Ratio.

C&I are critical for things like job creation, environmental remediation, and economic justice. That’s why I call it the Lynchpin Asset and why C&I has to play a role in the long term revitalization of not only the US economy but the thousands upon thousands of communities that make up American life.

Laurence Sotsky is the CEO of Incentify, an enterprise technology firm dedicated to realizing the financial and societal goals of Tax Credits & Incentives (C&I).