Like other innovations spurred by a combination of technology development and government mandates, solid state lighting (SSL) presents a real triple bottom line scenario – good for the planet, good for profit, and good for end users. Manufacturers play a key role in making sure LED adoption will hit its full potential. 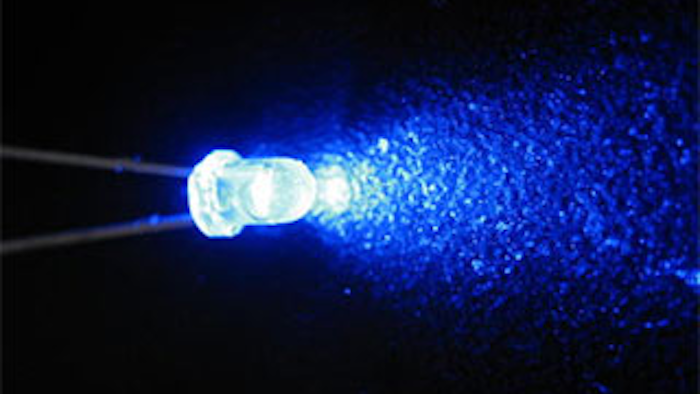 Like other innovations spurred by a combination of technology development and government mandates, solid state lighting (SSL) presents a real triple bottom line scenario – good for the planet, good for profit, and good for end users. According to LED industry analyst Jed Dorsheimer, writing in LEDs Magazine in February 2012, “LEDs will begin as an energy-efficiency story, but will become more about utility: users can do more." This scenario is already playing out, and manufacturers play a key role in making sure LED adoption will hit its full potential.

First, we must rethink our assumptions about how we experience light in the built environment. This is a tall order, and more fundamental research on the behavioral effects of lighting is needed and manufacturers must fund all or part of it. Now that entirely new forms of lighting are made possible by SSL, understanding how we interact with and control light is crucial to our ability to design lighting products that will be adopted, because they make people feel better, not just save energy. We need to see lighting systems not as simple assemblies of components, but as integral parts of all building systems, with improved controls and quality of light.

There are definite historical patterns in the adoption of lighting technologies that can productively inform design decisions today. The most important part of recent lighting history to remember is the failure of compact fluorescents (CFLs) in reaching the projected level of market adoption. This happened because manufacturers rushed the technology to market in order to meet energy efficiency requirements, but completely ignored quality of light. Although CFLs have improved somewhat, their adoption rates have stalled. We can’t afford to make the same mistake again with LEDs. Quality of light must be the first order of business with the design of LED lighting products or adoption will fall short of its potential.

Fortunately, in addition to providing dramatic energy savings, SSL at its best, specifically GaN on GaN technology, makes it possible to provide unprecedented quality of light. Now, “no compromise” LED lighting is available with high spout CRI, crisp beam control, high whiteness rendering, and high R9, all at high enough output levels to replace most incandescent and fluorescent light sources. While most LEDs are currently based on blue primary emitters, it is possible to design light sources with high color CRI and other desirable characteristics with them.

There’s a lot of resistance to the current crop of LED replacement lamps, even to the whole concept, partly because they often don’t perform as expected when installed into an infrastructure intended for incandescent or fluorescent sources. Many OEMs stoutly promote the idea of dedicated fixtures for LEDs, and while there are many excellent products like this on the market, they’re not yet affordable for a wide consumer-base and are probably best seen as transitional design strategies. And LED OEMs cannot ignore the retrofit market, it’s simply too large. We must continue to solve retrofit and replacement design problems while simultaneously developing radical, game-changing approaches to lighting, as we can’t predict the future rate of LED adoption or the attendant transformation of the electrical lighting infrastructure. This is difficult for most OEMs and will prove to be impossible for some – especially those who cling too closely to old models of fixture design and distribution, or to outmoded business models. LED replacement lamps must provide full, flicker-free functionality with existing dimmers and transformers. This is feasible and many OEMs are making good progress, but it’s a tricky game, as other OEMs are rapidly developing LED specific components, such as transformers that make retrofitting easier. This may evolve into a much more rapid escalation of LED specific infrastructure and fixturing than we might have expected, as awareness of LEDs’ many benefits, lower prices, and higher quality grows.

SSL makes it possible to fundamentally rethink lamp architecture, fixtures, and lighting systems. LEDs are issuing in a brave new world of miniaturization, efficiency, and dramatically improved quality of light that completely disrupts most traditional design and distribution schemes. Smaller, brighter, more controllable light sources open up huge areas of design possibilities. “Out of the fixture” thinking in design is essential to the adoption of LEDs. The nostalgic approach, making new lamps or fixtures appear like old ones, may have some cognitive and marketing value, and has been the historical approach when lighting technologies have gone through disruptive shifts.

A better approach is to celebrate the look and feel of new LED technology with a sensitivity to their unique aesthetics. This approach, unfortunately, is the exception rather than the rule, and the LED world is filled with spectacularly inelegant designs for lamps and luminaires. This doesn’t have be the norm. Designers understand that a carefully considered aesthetic approach is essential to the adoption of LEDs – specifiers, interior designers, architects, and lighting designers often choose lamps and fixtures first because of their visual appeal, and second because of their function.

Manufacturers also must get a handle on pricing. Both overpricing (which seriously impedes adoption) and the race to the bottom with massive commoditization and unacceptable quality (which has already resulted in a glut of poor quality first generation LED products) understandably make end users reluctant to adopt. This is the usual bump in the road with new technology adoption. It may be difficult to educate the market to position true ROI and total cost of ownership as key factors in purchasing decisions, but we must try to do this with marketing and price signals. Healthy profits allow us to expand our operations and invest more in R&D, which improves our ability to deliver quality products at volume.

Finally, I don’t think it’s too much to propose that manufacturers nurture a healthy sense of social responsibility as LED technology will result in massive global energy savings. The world is starved for affordable, beautiful, highly energy efficient light, and on some level we have a responsibility to provide it. Design that considers human factors and strives to deliver the highest quality of light plays a crucial role in LED adoption.