Connecticut Department of Economic and Community Development Commissioner Catherine Smith joined over 50 VIP guests for a ribbon-cutting ceremony and celebration on June 12 at Aero Gear in Windsor. 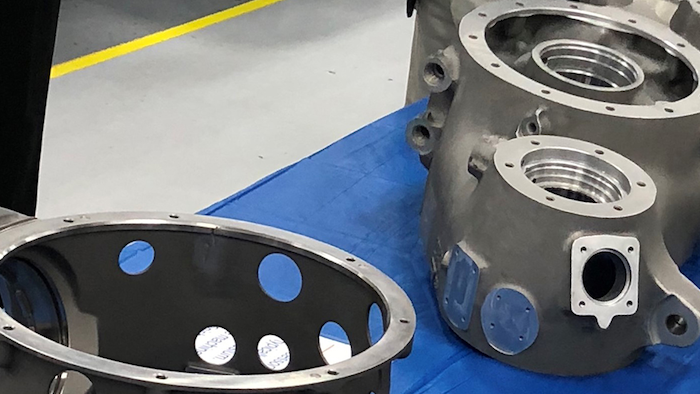 Smith recognized the commitment to the state that Aero Gear has demonstrated for the last 35+ years since its inception in 1982. She has worked in conjunction Rose with since 2011 to continually raise the standard of productivity and business in Connecticut.

“I am so excited to see Doug’s hard work pay off and celebrate the effort he has taken up to stay in this great state,” said Smith. “With all the other great industry leaders here, Connecticut has proven itself to be one of the pioneers in innovation and success for the aerospace industry.” 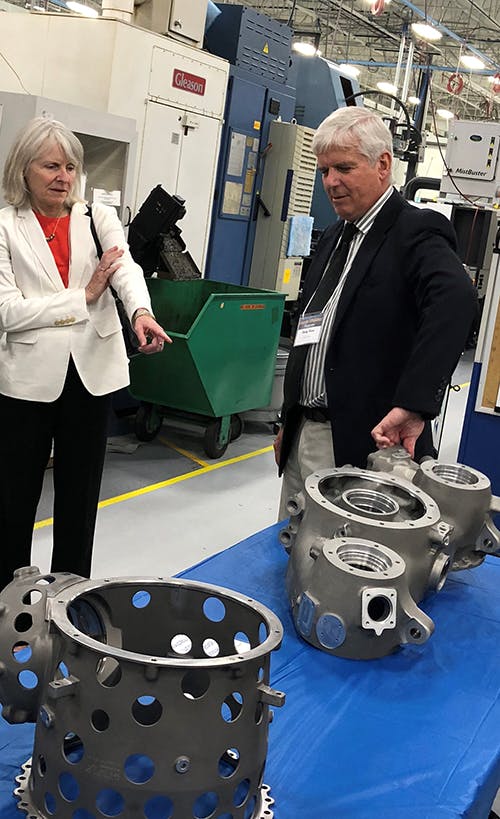 Aero Gear founder Doug Rose guided CT DEDC Commissioner Catherine Smith and other guests through the facility for an up-close look at the new space before viewing demonstrations of various aspects of the gearbox production process. (Photo by Alliances By Alisa Media Relations)

Rose explained the expansion was necessary to meet the growing demand for new commercial and military defense planes around the world. The gearboxes that Aero Gear produces and perfects on a daily basis are used by aircraft manufacturers Pratt & Whitney, Sikorsky, Boeing and General Electric. The expansion provides the company with approximately 100,000 total square feet to accommodate their 175 employees, a new lobby, conference room, offices, and manufacturing space for several new programs.

“We’ve come a long way from the small company we once were,” said Rose at the ribbon-cutting ceremony. “Our growth would not be possible without the support of so many parties in the state, and most importantly our great employees. We are motivated and ready to take on the new challenges that this expansion will allow.”

Founded in 1982 by Doug Rose, Aero Gear in Windsor, CT has become a recognized global leader in the design, engineering, and manufacturing of gears and gearboxes for the aerospace industry. They specialize in fixed and rotary wing aircraft. Aero Gear has grown steadily over the decades, providing expertise and manufacturing innovation to clients such as Boeing, Sikorsky, Pratt & Whitney and GE.