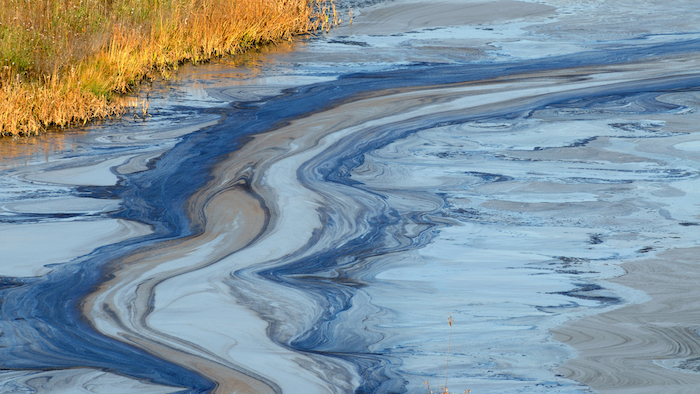 PORTAGE, Ind. (AP) — A second spill in less than two weeks at a U.S. Steel plant in northwest Indiana sent an oily sheen onto a Lake Michigan tributary, prompting officials to close some nearby lake access as a precaution.

The sheen was detected Thursday morning on Burns Waterway outside the U.S. Steel Midwest plant in Portage, but by 8 p.m. it was no longer present on the tributary, said company spokeswoman Amanda Malkowski.

She said an existing boom had contained the sheen in an estimated 120-square-foot (11.1-square-meter) area, The (Northwest Indiana) Times reported.

“No sheen was observed entering or in Lake Michigan,” Malkowski said. “We continue to investigate the cause.”

U.S. Steel temporarily idled the plant about 30 miles (48 kilometers) east of Chicago, as a precaution, but operations had returned to normal by Thursday night, she said.

The U.S. Environmental Protection Agency had no immediate comment on Thursday’s discharge.

As a precaution, the Indiana Dunes National Park closed access to the lake Thursday off the neighboring Portage Lakefront and Riverwalk, said spokesman Bruce Rowe. He said visitors can still go to the lakefront, but not into the water, and that “all other national park beaches are open at this time.”

The nearby community of Ogden Dunes also shut down access to Lake Michigan from its beach, a town official said.

“We are continuing to closely watch our source water monitors and remain in contact with all involved parties regarding this situation,” he said Thursday.

The water utility had idled that treatment plant for about a week starting in late September after U.S. Steel's Portage plant discharged iron-tainted wastewater into the Burns Waterway.

That rusty-colored discharge led to the temporary closure of the Portage Riverwalk and Lakefront and beaches at the Indiana Dunes National Park.

U.S. Steel said last week that a failure by a vendor to deliver sulfuric acid used for wastewater treatment was part of the cause of the Sept. 26 spill. The EPA said preliminary testing indicated the iron-tainted wastewater presented no risk to public health.

That discharge came weeks after a federal judge approved a revised settlement with the company over a 2017 spill, which happened when the Portage plant discharged wastewater containing a potentially carcinogenic chemical into the Burns Waterway.

Last week, a coalition of more than 20 local and national entities with interests in the shoreline of Lake Michigan called on Indiana leaders to do more to protect Lake Michigan from industrial spills.

“It is clear that Indiana’s system of water pollution control regulation is broken,” they said in their Oct. 1 letter sent to Gov. Eric Holcomb.