The cereal giant said the move is part of efforts to right-size its labor footprint. 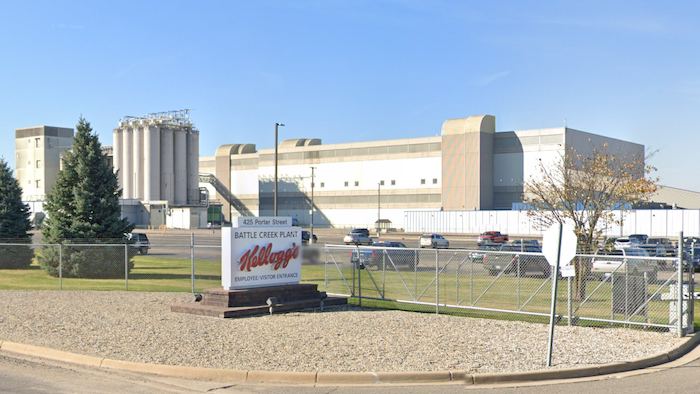 On the same day that the company announced a $45 million overhaul of its North American supply chain, Kellogg Co. reportedly told union employees at its Battle Creek, MI factory that the cereal giant will soon cut more than 200 jobs there.

The Battle Creek Enquirer reported Sept. 3 that Kellogg told union workers at its factory there — one of 50 worldwide — that the company will trim 174 full-time and 38 salaried positions by the end of 2023 as part of Kellogg's efforts to right-size its labor footprint in its ready-to-eat cereal network (RTEC).

Kellogg's corporate headquarters are also in Battle Creek, where the company was founded in 1906. The plant is nearby on Porter Street.

"In our ongoing analysis of our RTEC network, it's clear that some locations are more cost-effective and better performing than others. We must ensure we have the right capacity in the right locations to reduce costs, increase efficiencies and become more competitive," a Kellogg spokesperson said in a statement to the Enquirer. "While this is the right thing to do for the business, any decision that impacts people is incredibly difficult. We are committed to helping our talented and dedicated employees, and we are devoted to working with them and their union to ensure they have outplacement assistance, resources and support through this transition."

This will be the third notable downsizing for Kellogg in Battle Creek in recent years. The company cut 223 jobs there in 2018 and 67 in 2019.

The Enquirer recapped commentary from Kellogg's Q2 earnings call on Aug. 5 in which CEO and board chairman Steven Cahillane said that a reacceleration of COVID-19 cases has "brought on new restrictions, causing temporary shutdowns of production in some countries." He added, "Meantime, we and the vendors that supply us are having to manage through bottlenecks and shortages of materials, labor and freight, all created by demand-supply imbalances that are also pushing up costs."

In its Q2 report, Kellogg reported a year-over-year sales increase of 3 percent, though North America sales were down 7 percent and overall operating profit fell 22 percent.

"We also remain committed to Battle Creek," the Enquirer quoted Kellogg's Sept. 3 statement. "W.K. Kellogg founded our company here more than a century ago and the global headquarters of our organization remains here in our hometown, with a significant amount of employees and assets."

The company's Sept. 3 Form 8-K filing with the US Securities and Exchange Commission said the company plans to invest $45 million in a reorganization plan for its North American supply chain network, with the overhaul is designed to drive increased productivity.

Kellogg said no production facilities are expected to close as a result of the plan, which instead involves "shifting production of various products to optimal lines across the Americas network." The company noted that employee-related costs would comprise about $4 million of that, including severance and other termination benefits.

The overall project is expected to be substantially completed by early 2024, with related productivity improvements commencing in 2023 that can help offset cost inflation and reinvest in the company's brands.