Even though GM plants cranked out 200,000 fewer vehicles than they did during the same quarter in 2019. 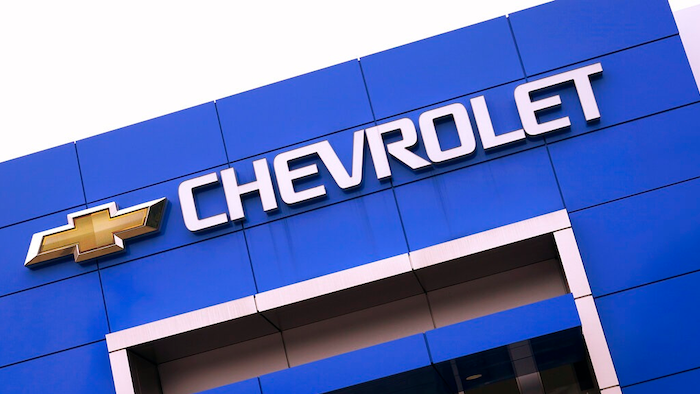 The Chevrolet logo is displayed on the facade of a dealership , Tuesday, Aug. 3, 2021, in Woburn, Mass. Despite a computer chip shortage that temporarily closed some of its factories, General Motors made a healthy $2.8 billion second-quarter net profit in the second quarter.
AP Photo/Charles Krupa

DETROIT (AP) — Despite a computer chip shortage that temporarily closed some of its factories, General Motors made a healthy $2.8 billion net profit in the second quarter.

The earnings came even though GM plants cranked out 200,000 fewer vehicles than they did during the same quarter in 2019, the last comparable quarter before the coronavirus pandemic.

The automaker told the same story as competitors Ford, Stellantis, and others, saying that high prices and strong demand for expensive pickup trucks and luxury SUVs overcame inventory shortages.

The average GM vehicle sold for over $48,000 from April through June, up more than $5,200 from a year earlier, according to Edmunds.com.

Excluding one-time items, GM made $1.97 per share, beating Wall Street estimates of $1.82. Revenue was $34.2 billion, which also exceeded analysts' estimates of $29.92 billion, according to FactSet.

The profit eclipsed the same quarter in 2020, when GM lost $806 million as plants closed and sales slumped at the start of the coronavirus pandemic.

From April to June two years ago, GM factories produced more than 785,000 vehicles, according to the LMC Automotive consulting firm. But LMC estimated that fell 38% to 569,664 last quarter as GM ran short of semiconductors and had a herky-jerky production schedule with plants shut down on and off through the quarter.

Just Tuesday, GM announced that pickup truck plants in Flint, Michigan, Silao, Mexico, and Fort Wayne, Indiana, would be closed next week due to the chip shortage. Production is to resume on Aug. 16. But factories in Tennessee and Mexico that make cars and SUVs that were down since July 19 will come back on line Monday.

Nissan Plant to Close for 2 Weeks Due to Chip Shortage

For American companies of all sizes, exporting to international buyers makes more sense now than ever before. The new, "Basic Guide to Exporting" addresses virtually every issue an exporter might face.
Oct 28th, 2021