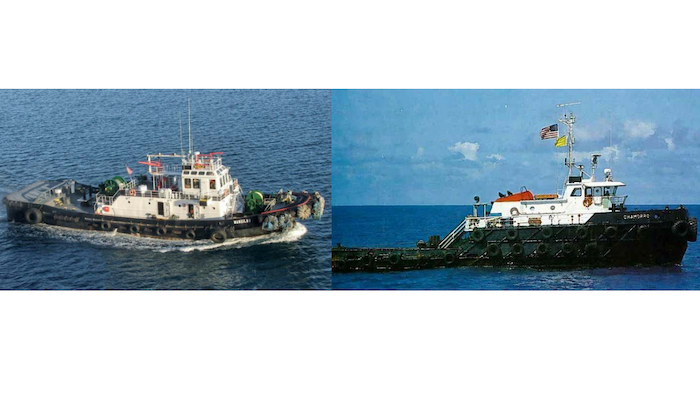 Mangilao (on left) and Chamorro (on right) under way prior to the accident voyage.
Cabras Marine Corporation via NTSB

WASHINGTON — The National Transportation Safety Board issued Marine Accident Brief 20-33 Thursday, detailing its investigation of the sinking of the towing vessel Mangilao, Aug. 5, 2019, in the Pacific Ocean about 800 miles northwest of Guam.

No pollution nor injuries were reported in connection with the sinking of the Mangilao. The Mangilao’s value was estimated at $437,227. The vessel was not recovered.

The Mangilao was towed astern of Chamorro on a 2-inch wire rope with approximately 1,000 feet extended; a 14-inch-diameter-by-60-foot PolyDac plaited 8-strand hawser; a 1.25-inch chain terminal; and two anchor-type shackles connecting each part—one 35-ton shackle closest to the Chamorro and one 50-ton shackle to the 1.25-inch chain closest to the Mangilao. The vessels departed Apra Harbor, Guam, July 29, 2019. 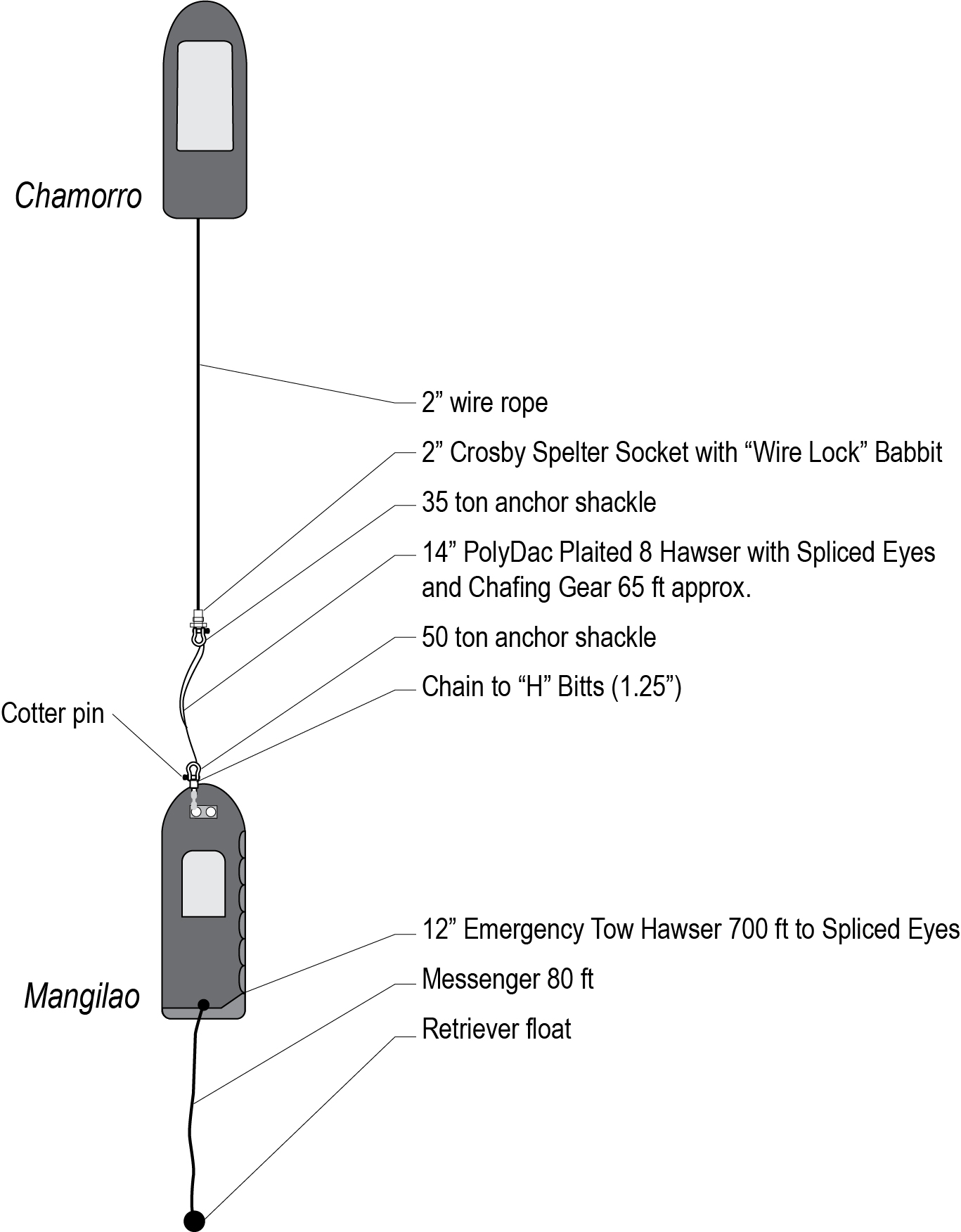 This NTSB graphic depicts the tow diagram for the Chamorro’s tow of the Mangilao.NTSB graphic by Christy Spangler)

The Chamorro’s crew checked the Mangilao and the towing gear several times a day during the voyage and was recorded as being “in good order.” On Aug. 4 the Chamorro and Mangilao were beyond the halfway point of the planned 1,517-mile journey as a tropical cyclone developed over their location. The Chamorro’s captain explained to investigators that even if the tow turned back toward Guam, it would still have to endure significant weather, so he did not want to turn back.

A safety briefing was held the morning of Aug. 4, at which time the captain had the crew extend the tow wire to about 1,400 feet. Throughout the remainder of the day the Mangilao rolled and pitched in 39- to 46-knot winds and 12- to 13-foot seas.

The captain ordered the tow wire be retrieved and secured. The wire and hawser came aboard, but the shackle closest to the Mangilao was missing its pin. Due to the heavy seas it took approximately 50 minutes for the crew to secure the tow wire and equipment. 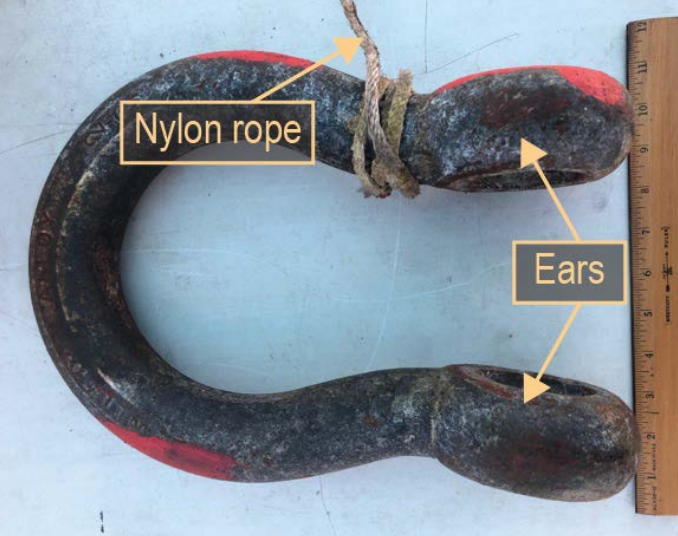 The Mangilao was located after about a 2-hour search and was found with a 15-degree list to port and with the port quarter of the vessel submerged. Sea conditions and the indications of flooding aboard the Mangilao made it too dangerous for the Chamorro’s crew to board the Mangilao and attempt to stop the flooding. The Mangilao sank at 7:42 a.m.

The captain told investigators he believed the chain [from the bitt on the foredeck of the Mangilao] was not of sufficient length to clear the bow fendering and the shackle pin likely worked loose from repeated contact with the fender. The recovered shackle was bent, indicating that the load was uneven for a time, and, as the pin was working itself loose from the shackle, it may have fallen or snapped off, resulting in the Chamorro immediately disconnecting from the Mangilao.

A U.S. Coast Guard marine inspector completed a dead ship movement inspection before the Chamorro’s departure, and according to the marine inspector, a survey was conducted of the primary and emergency towing arrangements and verification that the exterior structure of the vessel was watertight.

In its analysis the NTSB indicated that had the chain from the Mangilao’s bow been longer and the shackle extended out beyond the bow fender, the chain, rather than the shackle, would have contacted to bow. This likely would have prevented the shackle pin securing mechanism (cotter pin) from failing, and the tow would have remained connected.

The NTSB determined the probable cause of the sinking of the Mangilao was the failure of the Chamorro’s towing arrangement due to the loss of a towline shackle pin, which left the Mangilao adrift and resulted in the ingress of water from boarding seas in a developing typhoon.