The continued decline in the prices of crude oil is wreaking havoc in the oilfield services sector, where three industry giants have announced thousands of job cuts in recent days. 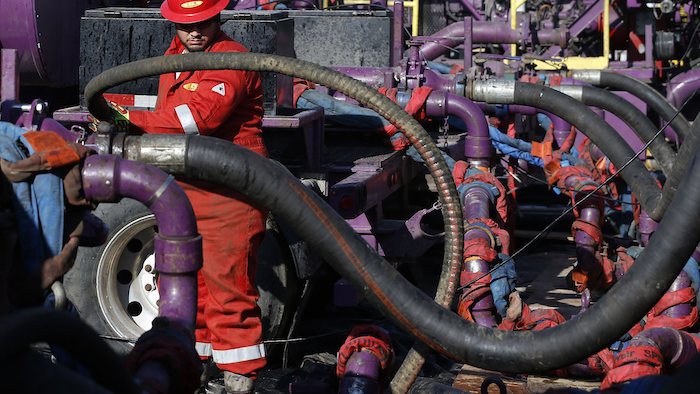 The continued decline in the prices of crude oil is wreaking havoc in the oilfield services sector, where three industry giants have announced thousands of job cuts in recent days.

Halliburton officials announced 1,000 jobs in its eastern hemisphere operations had been eliminated in the fourth quarter of 2013, while Baker Hughes — which is in the process of being acquired by Halliburton for some $35 billion — said 7,000 employees, or 11 percent of its workforce, would be laid off.

Halliburton officials, furthermore, said the company expects its first-quarter cuts to mirror those of its competitors.

All three companies had largely weathered a 60 percent drop in the price of oil in recent months, with Schlumberger reporting record revenue in North America in the fourth quarter and both Halliburton and Baker Hughes disclosing higher earnings during that three-month span.

But projections for 2015 suggest the number of oil rigs operating on U.S. soil could fall dramatically as prices for crude oil remain low.

"While market demand ended up being more resilient in the fourth quarter than many had predicted, the recent declines seen in rig counts will clearly affect results in 2015, '' said Baker Hughes CEO Martin Craighead.

This business guide dives into what causes young companies to outgrow processes, how a disconnect between inventory control and accounting can be detrimental to multiple departments and more on the challenges associated with inventory management.
Jul 1st, 2021