Administration Had Advance Warning On Fisker

Newly released documents show that the Obama administration was warned as early as 2010 that electric car maker Fisker Automotive Inc. was not meeting milestones set up for a half-billion dollar government loan, nearly a year before U.S. officials froze the loan after questions were raised about the company's statements. 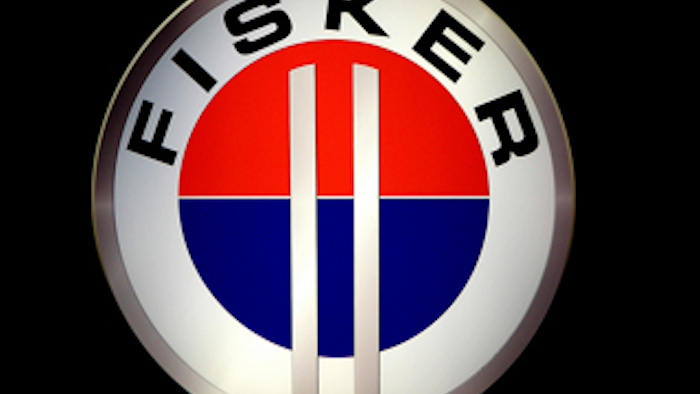 WASHINGTON (AP) — Newly released documents show that the Obama administration was warned as early as 2010 that electric car maker Fisker Automotive Inc. was not meeting milestones set up for a half-billion dollar government loan, nearly a year before U.S. officials froze the loan after questions were raised about the company's statements.

Despite that warning, Fisker continued to receive money until June 2011, when the DOE halted further funding. The agency did so after Fisker presented new information that called into question whether key milestones — including launch of the company's signature, $100,000 Karma hybrid — had been achieved, according to a credit report prepared by the Energy Department.

The December 2011 credit report said "DOE staff asked questions about the delays" in the launch of the Karma "and received varied and incomplete explanations," leading to the suspension of the loan. Fisker had received a total of $192 million of the $529 million loan before it was suspended.

In the June 2010 email, Sandra Claghorn, an official in DOE's loan program office, had written that Fisker "may be in limbo due to a lack of compliance with financial covenants" set up by the Energy Department to protect taxpayers in the event of default. Another document, from April 2010, listed milestones that Fisker had not yet met.

Aoife McCarthy, a spokeswoman for the Energy Department, said the June 2010 email was taken out of context.

"The document shows that one person at a meeting discussed the possibility that Fisker might not meet a financial commitment" required by the Energy Department, McCarthy said in an email late Tuesday. DOE received the needed certification five days later and subsequently made the loan payment, she said.

The Associated Press obtained the Fisker documents ahead of a House hearing scheduled for Wednesday on the federal loan to the troubled car maker, which has laid off three-fourths of its workers amid continuing financial and production problems.

The potential loss of $171 million would be largest loss of federal loan money since the 2011 failure of solar panel maker Solyndra, which declared bankruptcy and laid off all its workers after receiving a $528 million loan from the Energy Department.

The Energy Department seized $21 million from Fisker this month as it continued to seek repayment from the car maker for the 2009 loan. A payment from Fisker was due Monday, but was not made, a DOE official said.

Henrik Fisker, the company's namesake and founder, was scheduled to testify at Wednesday's hearing. Fisker, who was forced out as CEO as the company's troubles mounted, said in prepared testimony that he remained proud of the company's "cutting edge technology," which he said could "pave the way for a new generation of American car manufacturing."

Fisker disputed claims by some critics that the Anaheim, Calif.-based company needed the federal loan to survive. Fisker said a high-ranking Energy Department official approached him in 2008 and asked him to apply for the loan, which is intended to boost electric cars and other advanced vehicles.

"At that time, we already had significant financial backing from private investors," Fisker said in the prepared testimony. In all, the company received more than $1 billion in private financing, he said.

The company met initial milestones set up by the Energy Department before informing the department that it would not meet future goals on time, Fisker said. He denied that any political influence was used to obtain the loan or in negotiations over its terms.

"I am not aware and do not believe that any improper political influence was used in connection with the company's loan application or subsequent negotiations with the Department of Energy," Fisker said.

Fisker said the company was hurt badly by the 2008 recession and by the bankruptcy of A123 Systems, a Massachusetts company hired by Fisker to make batteries for the Karma. A bankruptcy judge granted Fisker $15 million in a claim against A123 for breach of warranty, a fraction of Fisker's initial claim.

Fisker has not built a vehicle since last summer and has failed to secure a buyer as its cash reserves have dwindled.