With an ad blitz and a tersely worded letter, BP is mounting an increasingly aggressive campaign to challenge what could be billions of dollars in settlement payouts to businesses following its 2010 oil spill in the Gulf of Mexico. BP warned lawyers for many Gulf Coast businesses that it may seek to recover at least some of their clients' shares of the multibillion-dollar settlement if it successfully appeals a key ruling. 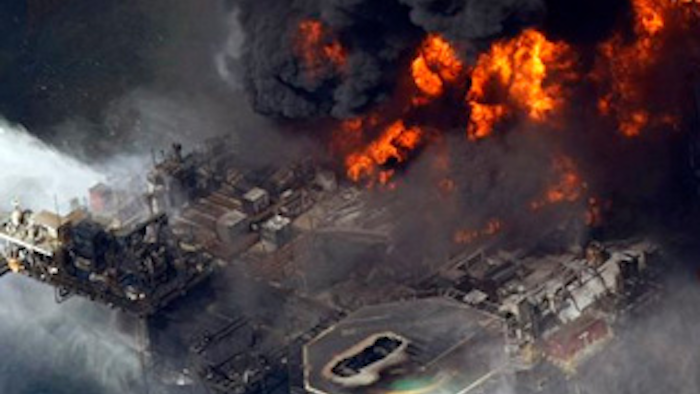 NEW ORLEANS (AP) — With an ad blitz and a tersely worded letter, BP is mounting an increasingly aggressive campaign to challenge what could be billions of dollars in settlement payouts to businesses following its 2010 oil spill in the Gulf of Mexico.

In letters that started going out Tuesday, BP warns lawyers for many Gulf Coast businesses that it may seek to recover at least some of their clients' shares of the multibillion-dollar settlement if it successfully appeals a key ruling in the legal wrangling spawned by the nation's worst offshore oil spill.

The London-based oil giant says it is sending hundreds of the letters to attorneys for businesses the company believes received excessive payments from the court-supervised settlement program.

"BP reserves whatever rights it may have to pursue any legal method to recover such overpayments," company attorney Daniel Cantor wrote in the letter.

James Roy and Stephen Herman, two of the lead plaintiffs' lawyers who helped broker the deal with BP, warned Cantor that his letter "misstates the law and violates BP's obligations under the Settlement Agreement."

"No process exists to alter the amount of an award after it has been paid," they wrote in a letter dated Monday. "It is obvious that the timing and tone of your letter is an attempt to discourage claimants from pursuing claims under the Settlement Program."

Meanwhile, BP also was placing a full-page advertisement in three of the nation's largest newspapers Wednesday that accuses "trial lawyers and some politicians" of encouraging businesses to submit thousands of claims for inflated or non-existent losses.

"Whatever you think about BP, we can all agree that it's wrong for anyone to take money they don't deserve," says the ad, which was scheduled to appear in The New York Times, Wall Street Journal and Washington Post. "And it's unfair to everyone in the Gulf — commercial fishermen, restaurant and hotel owners, and all the other hard-working people who've filed legitimate claims for real losses."

In April, U.S. District Judge Carl Barbier upheld a court-appointed claims administrator's interpretation of the multi-billion dollar settlement it reached with a group of plaintiffs' attorneys.

The London-based oil giant appealed the decision. A three-judge panel from the 5th U.S. Circuit Court of Appeals is scheduled to hear the case July 8.

"The Court has rejected BP's argument multiple times," Roy said in a statement. "Simply put, BP has buyers' remorse because it guessed wrong on the cost of a deal, which it — for nearly two years — negotiated, co-authored, agreed to and sought Court approval of. The notion that BP is somehow trying to portray itself as a victim is preposterous."

BP's ad claims Barbier's ruling "interprets the settlement in a way no one intended" and results in settlement payouts to businesses that didn't suffer any spill-related losses.

"Even though we're appealing the misinterpretation of the agreement, we want you to know that the litigation over this issue has not in any way changed our commitment to the Gulf," it says.

BP spokesman Geoff Morrell said the newspaper ad is consistent with the company's efforts to keep the public informed of its economic and environmental restoration efforts.

"It explains the actions we are taking to defend the contract we agreed to and to assure the integrity of the claims process," he said in a statement. "But it is also intended to make clear that BP remains as committed today as it was three years ago to doing the right thing. While we are actively litigating the payments by the claims program for inflated and even fictitious losses, we remain fully committed to paying legitimate claims due to the accident."

Barbier appointed Lafayette-based attorney Patrick Juneau to administer the settlement program. BP PLC has accused Juneau of trying to rewrite the terms of the settlement and claims he has made decisions that expose the company to what could be billions of dollars in fictitious claims.

But the judge upheld the claims administrator's interpretation of settlement terms that govern how businesses' pre- and post-spill revenue and expenses — and the time periods for those dollar amounts — are used to calculate their awards.

In the letter to plaintiffs' attorneys, BP says it expects Juneau will "fulfill his fiduciary duties by seeking to recover all excessive claims payments" if the company prevails in its appeal.

"BP further notifies you that it also reserves any rights it may have to recover funds from the attorneys of claimants in the event of reversal, if those attorneys have a contingent-fee interest in the payment of the Claim," the letter says.

Plaintiffs' attorneys have said the payments to businesses were clearly spelled out in the agreement. They claim BP simply undervalued the settlement and underestimated how many claimants would qualify for payments.

They also asserted in a filing last month that BP had pointed to "four examples out of more than 40,000 filed claims that it hopes will shock this Court," and then relied on its own experts to claim "mistakes" or "overpayments."

The judge's ruling has not deterred BP.

Last week, BP called for an independent investigation of alleged misconduct by an attorney who worked on Juneau's staff. The lawyer, Lionel H. Sutton III, resigned last Friday — a day after Juneau delivered a report to Barbier that outlined the allegations.

A law firm allegedly paid Sutton a portion of settlement proceeds from claims he referred to the firm before he went to work for Juneau. In a statement, BP said only a "comprehensive and independent investigation" of the allegations involving Sutton will ensure the "integrity" of the claims process.

BP estimated more than a year ago that it would spend roughly $7.8 billion to resolve tens of thousands of claims by businesses and individuals covered by the settlement. The company now says it can't give a reliable estimate for the total value of the deal.

Barbier also heard testimony earlier this year for a first phase of a trial designed to identify the causes of BP's April 2010 well blowout and assign percentages of fault to the companies involved.

Billions more hinge on the outcome of the trial, which includes claims by the federal government and Gulf states. It's unclear whether Barbier will issue any substantive rulings before the trial's second phase, which is scheduled to start in the fall.

The spill began in April 2010 after the BP-leased drilling rig Deepwater Horizon exploded off the Louisiana coast, killing 11 rig workers. Roughly 200 million gallons of crude oil were released from the Macondo well a mile under the Gulf surface. Marshes, fisheries and beaches from Louisiana to Florida were fouled by the oil until a cap was placed over the blown-out well in July 2010.

BP set up a compensation fund for individuals and businesses affected by the spill and committed $20 billion. The claims fund initially was handled by lawyer Kenneth Feinberg but Juneau took over the processing of claims after the settlement was reached last year.

Juneau's office announced in May that it has determined more than $3 billion in claims are eligible for payment through the settlement agreement. More than 162,000 claims were filed and more than $2 billion had been paid to claimants as of May 6.