Lean manufacturing is by now a widely understood method of making wide variety, small quantity products. Few manufacturing managers are not familiar with the idea of lean manufacturing having come of age in the 1980s. This movement has effectively created the low-cost, wide variety product universe in which we live now. Industrialized societies have become so efficient at making stuff in such variety that we’re literally drowning in it. 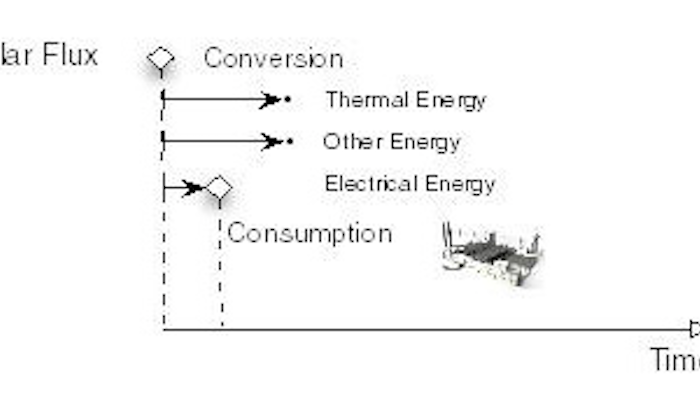 Lean manufacturing is by now a widely understood method of making wide variety, small quantity products. Few manufacturing managers are not familiar with the idea of lean manufacturing having come of age in the 1980s. This movement has effectively created the low-cost, wide variety product universe in which we live now. Industrialized societies have become so efficient at making stuff in such variety that we’re literally drowning in it.

There is still one logistics sector that has lagged this trend. Established in the 1930s, the energy sector was an area of our economy run in part by governing commissions make that political decisions, where service and variety have been slow in coming, and very few, if any, understand Variance Management, or what to do with Defects per Million Opportunities. Monopolies still thrive in large parts of the country, offering poor service and reliability — all those things that modern manufacturing really is no longer about. Yet, industrial and manufacturing companies are very much dependent on it.

United States industrial businesses have been doing a spectacular job in doing more with less energy. The adjacent chart shows how much more energy efficient the U.S. industrial sector has become, largely due to price competition. Between 1960 and 2010, the industrial sector has improved energy productivity by nearly 1,000 percent — an order of magnitude.

Figure 1, Industrial Energy Productivity between 1960 and 2010. EIA, BLSEnergy is a discretionary expense, and the less you pay for it, the more competitive the value added product. So while energy is no longer a major share of cost such as raw materials, reductions in that cost do fall straight to operating profits. That means there’s plenty of motivation to improve energy productivity by another 1,000 percent over the next fifty years. But it may take a new business model.

There’s plenty of slack in the system. The EIA estimates that conversion and transmission losses in the U.S. electrical infrastructure amount to 65 percent of fuel input[1]. That’s not counting all the losses incurred at the point of use, or in other thermal conversion. In my estimation, significantly less than 50 percent of fuel energy content is applied to value added processes.

The lean manufacturing movement arose from a lack of capital, particularly the money needed to finance large inventories. Taiichi Ohno and Shigeo Shingo determined in the 1960s that make-to-inventory was a drag on profits. In order to add value at minimal expense, they devised a system that accelerated the material flow through a factory to such speed that substantial inventory could not accrue. It sounds odd, but that is the net effect of a JIT, make-to-order system: its efficiency is in reduced duration of every step that adds value to material. Therefore, material speed and inventory are inversely proportional to each other: as speed increases, inventory decreases. Squeeze cycle times toward zero, and costs and capital required for inventory management disappear.

Figure 2, Typical Electrical Grid Value ChainSo, how is value added in energy? In two ways: conveyance (transport) and conversion (from one form of energy to another).

Imagine a manufacturing process that consumes energy in making a product. Energy is drawn from its source, typically the ground, and conveyed to a generation plant. There the energy is converted, and the electrical energy output is transmitted via the grid to a point of consumption. Other conversion output, such as heat and sound, are lost forever.

Figure 3Let’s consider total energy consumed from a fuel supply, as shown in the adjacent graph. Over time, this amount simply accumulates, and we can represent this abstractly as a cumulative line, as shown in Figure 3.

The energy consumed at time t’ is converted into revenue at time t”. We’ll call that the “Conversion Cycle Time.“ This includes the conveyance of fuels to conversion to the point of use.

Now, energy is simply a transient state of matter — it doesn’t hang around. Energy seeks diffusion and moves quickly. That means the energy consumed at time t’ is immediately applied at t’ as well. Therefore, the difference between the consumed curve and the applied curve at t’ is the Conversion Loss. Consumption and application volumes are expressed as the ”slope” or differential of the energy curves.

That’s great! But what control does a manufacturer have over energy conversion cycle times?

I’m glad you asked! Quite a bit, it turns out.

The just-in-time manufacturing idea is that raw material does not hit the loading dock until a sale for the resulting product has been made. The material is delivered just in time to satisfy customer demand. This reduces the amount of material in the process, and accelerates material movement towards the shipping dock.

Converting a fuel supply at the very moment that the resulting energy can be applied can similarly reduce Conversion Cycle Time. For example, if combustion is brought close to the value added process, both heat and electrical output are used, reducing conversion losses. Therefore, onsite generation — energy conversion in immediate proximity to a value added process — is the core idea of lean energy in manufacturing.

Sure, alternative energy generation technologies, such as solar PV, fit neatly into this model. Solar energy has no fuel cycle — for all effective purpose it’s fuel supply is infinite, and therefore the time between fuel and conversion is zero (see the adjacent figure).

But it has two main problems: it is intermittent, and is diffuse, i.e., it cannot supply energy volumes to meet typical manufacturing demand. Consider that PV solar net solar flux conversion rate is about 12 percent and you can see why conversion losses remain high, and conversion cycle times do not sufficiently collapse. There’s usually not enough land to gather enough solar power to run a nominal 5 megawatt continuous demand manufacturing facility, not to mention cost.

The lean energy model discussed above expresses process efficiency and volumes. It only seeks to minimize the direct value added process cost.

Figure 6, The degree to which onsite energy is part of manufacturing processes follows Marginal Cost/Benefit rulesThis does not mean there is no relationship to net supply costs. In a lean manufacturing model, JIT suppliers offer extremely low unit costs in exchange for volume and long term, interconnected relationships. Otherwise, how could they afford delivering small lots of raw materials once, or even several times a day? It is a relationship based on unconditional commitment and trust.

If manufacturers want the same benefits for energy supply — rock bottom costs, high reliability and lean energy support — they will have to offer long-term relationships and stable demand volumes in exchange. Energy suppliers will have to commit their customer’s business and continually reduce conversion losses.

The typical retail energy supply model used by the vast majority of manufacturers shops commodity supply, suffers local distribution costs, and goes through a bid-contract cycle every 12 to 18 months. Energy suppliers’ responsibility and interest stops at the meter. This model is not only the opposite of lean energy management, it is also guaranteed to keep costs higher than necessary.

Onsite generation may require an investment of precious capital in a diversion from a business core value. Therefore, lean energy suppliers must show up with the necessary capital to make it happen: this is their core value.

With the lean energy model, energy suppliers can deliver infrastructures that meet energy quality demand, dramatically lower conversion losses. Efficiency and cost gains make outside capitalization possible. A manufacturer that desires improved energy performance can be freed from capital constraints — and can focus on managing energy productivity and quality against long term goals.

The good news is that since about 2006, the United States has developed sophisticated natural gas and electricity markets for most of the densely-populated areas of the country. Innovations such as Location Marginal Pricing, the wide band IP networks, liberalized pipeline networks and real-time process control reduce or even eliminate the advantage large central energy conversion once had. A Lean Energy Model can lower pre-capital energy input costs by as much as 50 percent from industrial retail rates — already the lowest retail rates available.

What does it take to get this done? It just requires a different energy business model. And that’s where we started.